Guide To The Jacksonville Jaguars Fantasy vs. The New York Jets

Blake Bortles – Until Bortles proves consistent in the passing game, he shouldn’t be on your team. I know last week he threw four touchdown passes and no interceptions but that had more to do with the Baltimore Ravens defense not showing up than Bortles himself. If you have a deep league like 14 or 16 teams he’ll be a backup option. We can talk about him more as the bye weeks start and quarterbacks go down. Final Call: Thumbs Down

Leonard Fournette – Fournette has brought balance to the Jags offense. He’s fourth in the NFL in carries, sixth in touchdowns and eighth in rushing yards. At almost three receptions per game, he’ll help you in PPR leagues. Fournette has a very favorable matchup against the Jets 27th ranked run defense. Take that with a grain of salt with most of those yards coming from weeks one and two. Last week the Jets held the Miami Dolphins to 30 yards rushing at Met Life Stadium. With no bye week after playing in London last week, the Jaguars will lean heavily on Fournette. Final Call: Thumbs Up

Allen Hurns – This will be a low-scoring game at Met Life Stadium. These type of games do not bode well for wide receivers. With only 14 targets this season, Hurns is not a great option vs. the Jets’ 14th ranked pass defense. Depending on the depth of your league, he could be a solid play. Hurns was a trendy pick up when the Jags top receiver, Allen Robinson went done. However, he is too dependent the inconsistent Bortles. Final Call: Thumbs Down

Marquise Lee – Same situation as Hurns but I am more comfortable with Lee. Hurns has more receptions and two touchdowns while Lee has not reached the end zone yet. Bortles is comfortable throwing to Lee; he has eight more targets than Hurns. I expect this offense to struggle on the road when they do, Bortles will go with his comfort zone. Final Call: Thumbs Down

Mercedes Lewis – This is a tough call after his explosion on offense last week. The previous two weeks Lewis had four combined targets with no receptions. Lewis will not repeat his performance of three touchdowns. If you don’t have any other viable tight end options, use Lewis. Otherwise, keep him on your bench if you have the room or target him when your starting tight end has a bye. Final Call: Thumbs Down

Jason Myers – If any Jags player proves his worth in regarding value Sunday, it’ll be Myers. The offense will struggle, and they will rely on Myers to keep the game close. Final Call: Thumbs Up

Jaguars Defense – Very confident the Jags defense will get at least their average fantasy points per game of 13. They are first in sacks, first in fumbles recovered and third in interceptions. The Jets offense does not present any significant challenges from a personal perspective. They are towards the bottom of the league in rushing and passing. Final Call: Thumbs Up 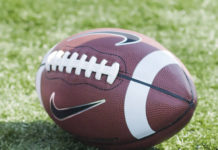 The XFL Starts In Seven Weeks With Little Fanfare 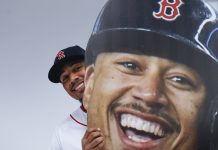 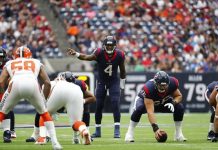