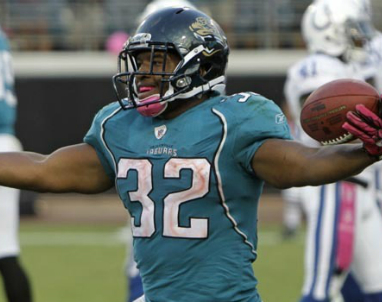 Maurice Jones-Drew gets a second chance to celebrate his homecoming Sunday.

A year ago, the Bay Area native made his first appearance of his NFL career in Oakland, but didn’t put on a show for his family and friends.

Jones-Drew suffered a foot injury on the first play, stayed in for one more play before limping off and missing the rest of the season.

On Sunday, the Jaguars return to Oakland — they also played in San Francisco in 2009 in a 20-3 loss — and Jones-Drew insists he won’t be thinking about the play that ended his season.

“It was a routine tackle. I was more upset that it wasn’t like a crazy play and I could be like, ‘Oh, this guy is a cheapshot artist,’ ’’ he said.