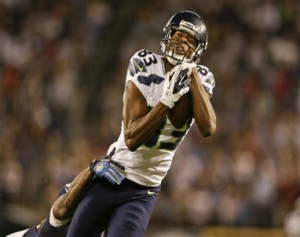 The Jaguars have claimed wide receiver Stephen Williams on waivers from Seattle, the club said Monday.

Williams, 27, appeared in Seattle’s first four regular-season games, playing 51 snaps on offense. The Seahawks waived him on Saturday. Williams (6-5, 208) led the NFL in receiving yards in the preseason (236).