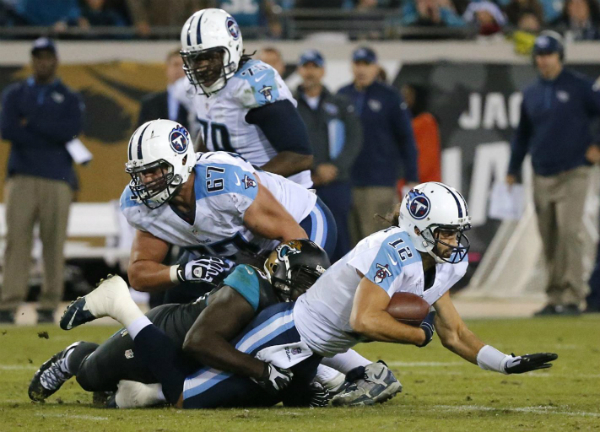 The Jacksonville Jaguars handed the Tennessee Titans their ninth straight loss last night by a final score of 21-13. A three touchdown game win isn’t anything impressive but in the end it’s the final score that matters.

What may be impressive though is the fact that defensive tackle Sen’Derrick Marks sacked Titans quarterback Charlie Whitehurst and got a $600,000 bonus. Marks needed eight sacks to earn the extra cash and managed it on the last play of the game.

Sen’Derrick Marks needed a half sack to get to 8 on the season & get a $600K bonus. Just got it on last play.

And of course the one and only celebration that people seem to be drawn to imitate. That’s a whole other story.