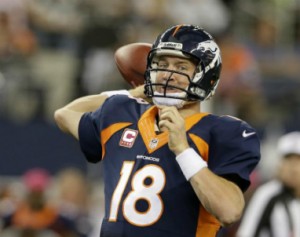 Broncos quarterback Peyton Manning has been in so many commercials that he’s learned a lot about acting. Which is coming in handy this week as he acts like beating the Jaguars on Sunday is going to be a challenge.

Manning stood before reporters and said that the 0-5 Jaguars, who have been outscored by double-digit margins in all five games, are going to be a tough opponent for the 5-0 Jaguars.

“We’re playing a good NFL football team,” Manning said. “I don’t look at anything besides what I see on the tape on defense, and I see a team that’s stingy in the red zone, I see some offenses that have made some really good plays against them, that have been hard to defend. Certainly, you know, it’s a team with a lot of pride.”