The horrendous Tennessee Titans (2-12) will take on the hapless Jacksonville Jaguars (2-12) at EverBank Field tonight on the NFL Network. In what is arguably the worst nationally televised match up in NFL history, the casual fan will probably find something better to do with their evening than watch this game. That being said, I can think of at least five good reasons why every fan should give this game at least 30 minutes of your attention span: 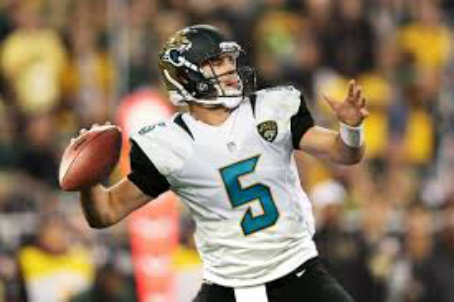 5) Blake Bortles– Assuming Bortles is able to play through his foot injury, Jacksonville’s QB of the future is must-see TV from my point of view. Bortles possesses a live arm with very good mobility and a tough set of whiskers that has allowed him to hang tough during this very difficult season. While Bortles is responsible for 18 turnovers this year, third most in the NFL, I am excited to watch his development because his physical skill set is very promising to a fan base that is starved for a winner. 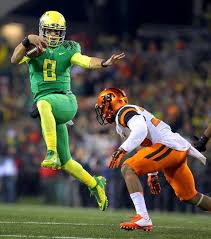 4) Draft Positioning– With only two weeks remaining in the NFL schedule, there is currently a four-way tie for the worst record in the NFL. The Tampa Bay Buccaneers and Oakland Raiders are also struggling at 2-12. If the Titans end up with the number one pick, they will likely select Oregon’s Marcus Mariota in this year’s draft. If the Jaguars wind up with the first pick, they may end up trading the top pick to a quarterback needy franchise in exchange for a collection of picks and players that could possibly set up the Jags for future success.

3) Blooper Material– I am anticipating a comedy of errors when these two painfully clumsy teams take the field. Any number of hysterical miscues can potentially take place tonight; dropped touchdown passes, an intercepted backwards lateral, heck maybe even a butt fumble will occur. I just have a feeling that there will be a hand full of goofy plays to provide a chuckle or two.

2) It’s Still Football– The NFL has the longest off-season of the four major North American sports leagues. If you’re like me, you will certainly be starved for football once the season ends. Therefore, make it a point to enjoy every minute of professional pigskin action while you still can. 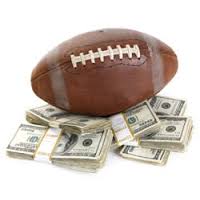 1) Gambling– With very little fantasy value to this game, the other purpose for watching these two lousy teams is betting. According to Scoresandodds.com, Jacksonville was a three (3) point favorite on December 14th. As of Thursday morning, the Jaguars are now three and a half (3 1/2) point favorites. Every bookie-minded bettor knows that the line moved a half point to entice the public to bet on Tennessee. In my experience following betting lines, it is usually best to go against the side that is trending. With that in mind, I am taking the Jaguars -3 1/2 in this game.