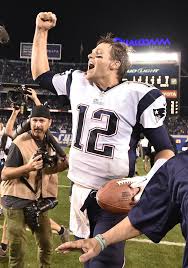 1. New England Patriots (11-3): Last Week’s Rank <3>
New England’s convincing win against division foe Miami catapults them to the top of this week’s rankings. The Patriots erupted for 24 unanswered points in the third quarter en-route to a 41-13 thrashing of the Dolphins. New England has now clinched their sixth straight AFC East division title.

2. Denver Broncos (11-3): Last Week’s Rank <1>
Like New England, Denver also beat a divisional opponent to clinch a division title in Week 15. However, Denver’s win came at a price as QB Peyton Manning suffered a thigh injury in the process. The future Hall of Famer missed part of the game against San Diego, but did eventually return to action and threw for 233 yards with one touchdown. Since Manning’s health is now in question, Denver drops to number two this week despite the win. 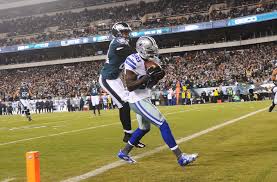 3. Dallas Cowboys (10-4): Last Week’s Rank <7>
Dallas took control of the NFC East by dispatching Philadelphia on Sunday night, 38-27. The Cowboys blew a 21-0 second quarter lead, but relied on offensive stars DeMarco Murray and Dez Bryant to get back in the game. Bryant scored a career-high three touchdowns while Murray added two scores of his own. The Cowboys have won four of their last five games. 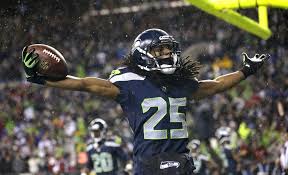 4. Seattle Seahawks (10-4): Last Week’s Rank <5>
Seattle beat the struggling 49’ers for the second time this year, sweeping the season series and eliminating San Francisco from playoff contention. The Seahawks’ ground attack rolled up 152 rushing yards against San Fran en route to a 17-7 win. Seattle has won four in a row.

5. Arizona Cardinals (11-3): Last Week’s Rank <4>
Like Denver, Arizona slips one spot in this week’s rankings due to injury concerns at quarterback. Cardinals’ backup QB Drew Stanton suffered a partially torn ACL in his right knee during Thursday night’s game against St. Louis. The Cards will now have to rely on third string QB Ryan Lindley for an extended period of time. Somehow, the Cardinals were still able to beat St. Louis and are in first place in the highly competitive NFC West. 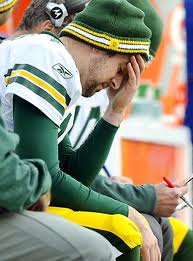 8. Indianapolis Colts (10-4): Last Week’s Rank <9>
Two second quarter touchdown passes from Andrew Luck was all the offense the Colts needed to take care of Houston in Week 15. The Colts’ offense was a dismal 2-of-12 on third down conversion attempts and produced an underwhelming 278 total yards, but Indy has won four in a row and five of their last six games. 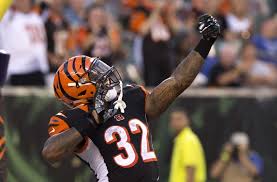 9. Cincinnati Bengals (9-4-1): Last Week’s Rank <10>
Cincinnati blew out division rival Cleveland, 30-0 in Week 15. The Bengals’ ground game was superb as they rolled up 244 total rushing yards on the day. Rookie HB Jeremy Hill eclipsed the 100-yard rushing plateau for the third time this season as he tallied 148 yards on the ground and scored two touchdowns as well.

10. Philadelphia Eagles (9-5): Last Week’s Rank <6>
Philly was unable to keep pace with Dallas in the NFC East as they fell to the Cowboys in Week 15. The Eagles reeled off 24 unanswered points in the second and third quarter which momentarily gave Philadelphia the lead. However, gaining just 75 yards rushing and being flagged eight times for 95 penalty yards proved to be costly as the Eagles let this game slip away. 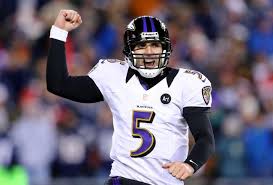 11. Baltimore Ravens (9-5): Last Week’s Rank <11>
Trailing 12-10 at the half, Baltimore pitched a second-half shutout against lowly Jacksonville during their Week 15 contest. The stingy Ravens’ D clamped down on the Jaguars’ offense by producing eight sacks of rookie quarterback Blake Bortles. Meanwhile, Ravens’ QB Joe Flacco was never sacked in the game and threw for 221 yards with one score. 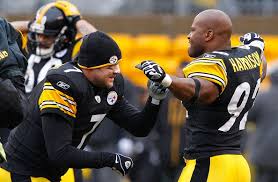 13. Buffalo Bills (8-6): Last Week’s Rank <14>
Despite not scoring an offensive touchdown in the game, the Bills still pulled off the upset against Super Bowl contender Green Bay in Week 15. Kicker Dan Carpenter accounted for 12 consecutive Buffalo points which helped the Bills pull away, 21-13. 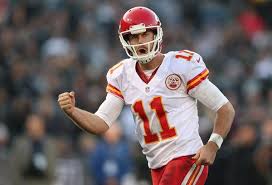 14. Kansas City Chiefs (8-6): Last Week’s Rank <16>
Kansas City stopped their three game skid by beating the lowly Oakland Raiders in Week 15, 31-13. The Chiefs exploded for 21 points in the third quarter as they avenged their Week 12 loss to Oakland.

15. San Diego Chargers (8-6): Last Week’s Rank <13>
The schedule makers were unkind to San Diego as the Chargers had to face the Patriots and Broncos in consecutive weeks. Against the Broncos in Week 15, the Chargers were out-rushed 111 to 56. San Diego’s 5-1 start seems like a distant memory as they continue to slide down the weekly rankings. 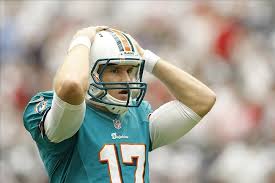 16. Miami Dolphins (7-7): Last Week’s Rank <15>
The Dolphins were man-handled by New England in Week 15. Nothing went right for the ‘Phins in the second half as they were outscored 27-0. Despite throwing for 347 yards in the game, Miami QB Ryan Tannehill was sacked four times and intercepted twice. The reeling Dolphins have lost three of their last four games. 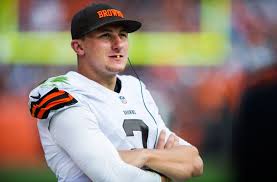 17. Cleveland Browns (7-7): Last Week’s Rank <17>
Johnny Football’s first NFL start was ruined by Cincinnati in a 30-0 blowout. According to Manziel, this was the first time that he had ever been shut out in any level of football. Manziel completed 10 of 18 passes for just 80 yards and threw two interceptions.

18. Houston Texans (7-7): Last Week’s Rank <18>
The up-and-down Texans suffered another set back by losing to division rival Indianapolis in Week 15. Making matters worse for Houston, starting QB Ryan Fitzpatrick suffered a broken leg during the contest and will miss the rest of the season. 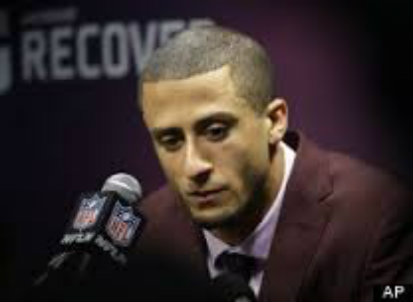 19. San Francisco 49’ers (7-7): Last Week’s Rank <20>
San Fran was officially eliminated from the playoffs following another disappointing loss to Seattle in Week 15. The struggles for 49ers’ QB Colin Kaepernick continue as he was sacked six times and didn’t help matters with his weak 141-yard passing performance. 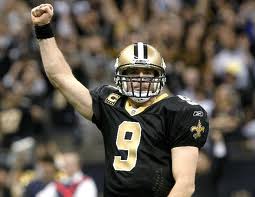 20. New Orleans Saints (6-8): Last Week’s Rank <25>
After a scoreless first quarter, New Orleans imposed their will over the struggling Bears on Monday night, 31-15. Saints’ QB Drew Brees threw for 375 yards and three scores as New Orleans finds themselves atop the NFC South division despite their losing record.

21. St. Louis Rams (6-8): Last Week’s Rank <19>
St. Louis was unable to capitalize on a golden opportunity against first-place Arizona on Thursday night. After losing QB Drew Stanton to a knee injury, the Cardinals were down to their third string quarterback. Of all people, Arizona kicker Chandler Cantanzaro was too much for the Rams to handle as his four field goal performance was the deciding factor in the game. 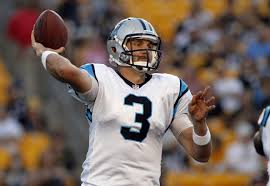 23. Carolina Panther (5-8-1): Last Week’s Rank <24>
Subbing in for the injured Cam Newton, Panthers’ backup QB Derek Anderson threw for 277 yards and one score en route to a 19-17 Carolina win. Ironically enough, Anderson’s only other start of the season was also a win against the Bucs in Week 1. The Panthers have won two in a row for the second time this season. 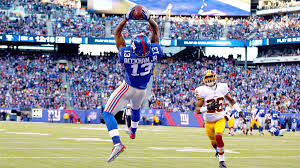 24. New York Giants (5-9): Last Week’s Rank <26>
The New York Giants have taken advantage of a soft schedule lately and have put together back to back wins. Big Blue followed up last week’s strong showing against Tennessee with a win against division rival Washington. Rookie Odell Beckham Jr. continued his stellar play with another monster game. The LSU phenom reached new career highs in receptions (12) and touchdowns (3) while torching the Redskins D’ for 143 yards in New York’s 24-13 win.

25. Atlanta Falcons (5-9): Last Week’s Rank <22>
Without superstar WR Julio Jones in the lineup, Atlanta QB Matt Ryan still threw for 310 yards and two touchdowns against Pittsburgh in Week 15. However, Ryan’s superb effort was wasted as the Falcons’ porous defense allowed 398 yards of offense in a 27-20 loss to the Steelers. The Falcons failed to keep pace with New Orleans and Carolina and fall to third place in the NFC South.

26. Chicago Bears (5-9): Last Week’s Rank <23>
Chicago dropped their third game in a row as they fell to New Orleans in Week 15. Bears’ QB Jay Cutler was on his back for most of the night as he was sacked by the Saints seven times. Two fourth quarter touchdown passes from Cutler helped make the final score look respectable, but the Bears never had a chance in this game. 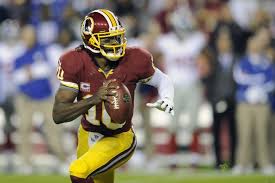 27. Washington Redskins (3-11): Last Week’s Rank <27>
Washington mailed in yet another lackluster effort against New York in Week 15. Redskins’ QB Colt McCoy was knocked out of the game for the second week in a row which opened the door for former starter Robert Griffin III to get some playing time. Griffin played well, throwing for 236 yards and one TD while also rushing for 46 yards on the day. However, Griffin’s solid relief appearance was not enough to prevent Washington from losing its sixth straight game. 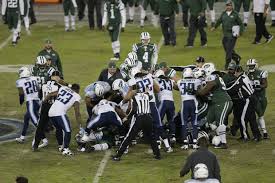 28. New York Jets (3-11): Last Week’s Rank <31>
The New York Jets actually won their Week 15 contest against equally pathetic Tennessee, 16-11. This game featured two inept offenses and a fight between both teams that nearly turned into a full-scale riot. Unfortunately for Jets fans, this win may ruin any hope of securing the number one pick in the upcoming NFL draft. 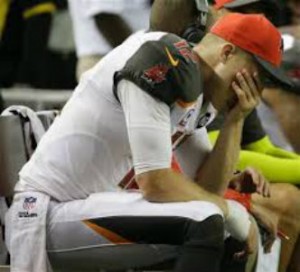 29. Tampa Bay Buccaneers (2-12): Last Week’s Rank <28>
Three Josh McCown turnover dashed any hopes of the Bucs earning an upset victory over Carolina in Week 15. The good news for Bucs Nation is that Tampa Bay keeps pace with the three other 2-win teams for the league’s worst record. Perhaps drafting a Heisman winning quarterback will make all this losing worthwhile.

30. Jacksonville Jaguars (2-12): Last Week’s Rank <29>
The NFL encourages children across the country to play for at least 60 minutes everyday, too bad the Jaguars can never seem to follow that advice. The Jags enjoyed a halftime lead for the second week in a row, but were unable to secure the win against Baltimore as they were shut out in the second half. 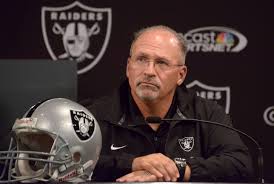 31. Oakland Raiders (2-12): Last Week’s Rank <30>
The Raiders were victimized on two big plays by division rival Kansas City in Week 15. An 81-yard punt return TD by rookie De’Anthony Thomas and a 70-yard touchdown catch by HB Knile Davis was too much for Oakland to overcome in a 31-13 loss.

32. Tennessee Titans (2-12): Last Week’s Rank <29>
Tennessee continues to play musical chairs at quarterback as both Jake Locker and Charlie Whitehurst saw action in Week 15 against the Jets. The Titans actually amassed more yards of offense than New York, 342 to 277. However, Tennessee was 0-for-2 in red zone efficiency which left the door open for a Jets fourth quarter comeback. The Titans have now dropped eight games in a row, the longest active losing streak in the NFL.