The NFL is a league of greed and that should be noted. St. Louis are elected officials have asked their lawyers to look into the greed aspect as part of a lawsuit against the NFL over the Rams move after 2015. There are a few reasons that NFL owners decided to allow Mark Davis to move his Raiders into Las Vegas, the sports gambling capital of the United States. Actually, the reasons are rooted in money. NFL owners might never see a municipality in their lifetimes throw three quarters of a billion dollars into a building for a private business and NFL owners will get a slice of relocation money. Twenty-eight owners and the Green Bay Packers Board of Directors are getting what amounts to free money from three relocations, Stan Kroenke moving from St. Louis to the Los Angeles market, the Spanos family fleeing San Diego for the Los Angeles market and Davis’s move. The free money is in the tens of millions of dollars, money that does not have to be shared with the players. In the NFL, whether it is the owners or the players, it is as the late George Young who as General Manager built two New York Giants Super Bowl teams in 1986 and 1990 used to point out, it’s always about the money.

Mark Davis still does not have a signed lease in Las Vegas. He will remain in Oakland for 2017 and 2018 but why should local businesses support Davis by keeping their tickets and remaining team marketing partners? He doesn’t care about them. Oakland still has to pay off the debt remaining on the stadium renovations done more than two decades ago which was part of the deal that enticed Al Davis to move his team back to Oakland from Los Angeles. The NFL is the clear for a while as there are no stadium leases ending in the near future. But London is calling. St. Louis doesn’t have any NFL franchise but the city is paying down a debt on an abandoned NFL facility. In the NFL, it is always about the money. 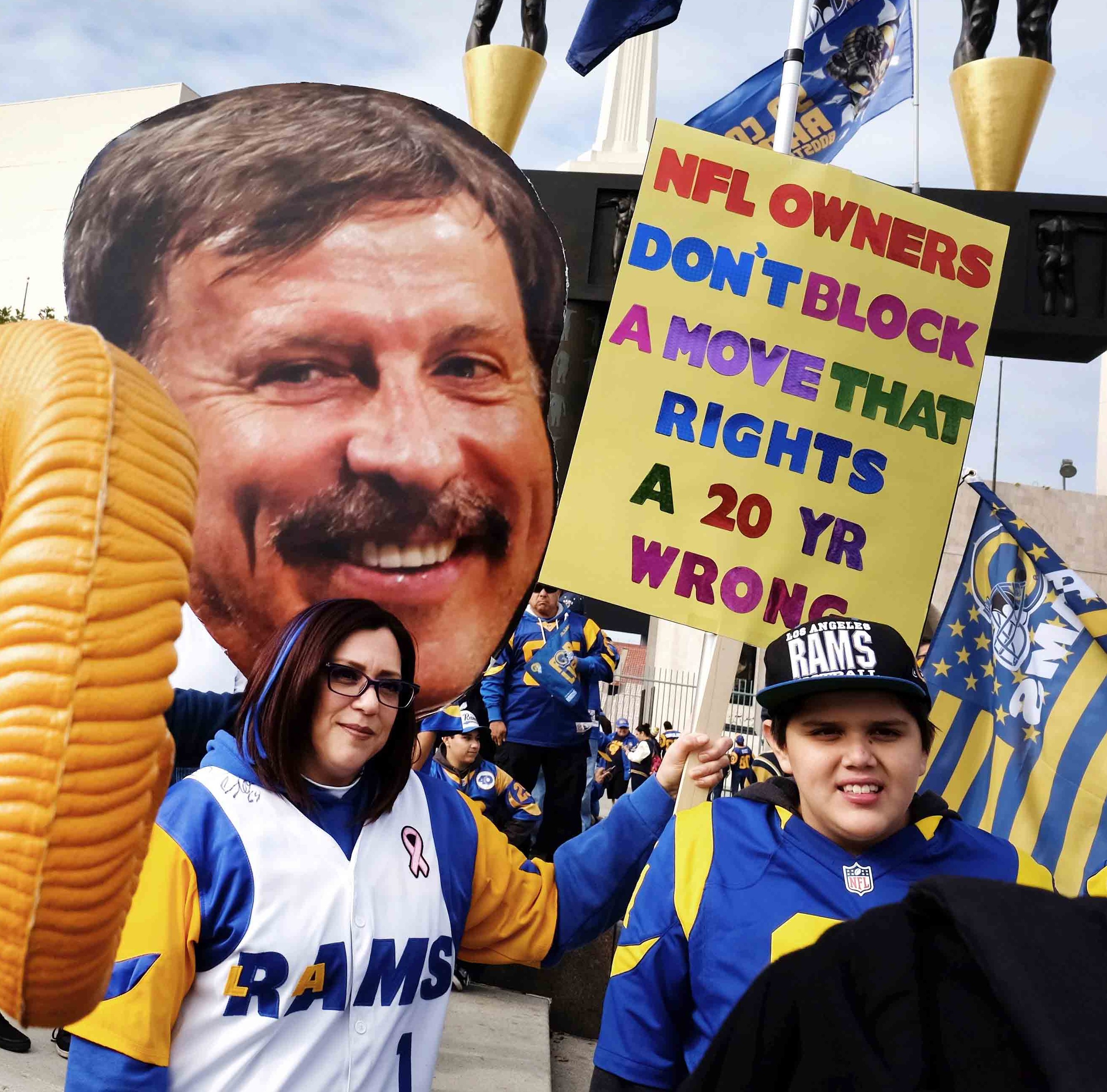 Stan Kroenke, the Rams owner is a hero in the Los Angeles market and a villain in St. Louis.