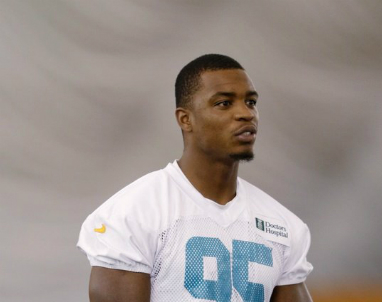 An otherwise mundane preseason finale had an exciting finish as receiver Marvin McNutt scored on a 56-yard touchdown reception from Pat Devlin and De’Andre Presley had a game-saving interception to give Miami the 24-21 win.

But after the game defensive end Dion Jordan, who did not play, said he believes he’s ready to play in the season opener against Cleveland.

“If they need me to play, then I will be out there,” said Jordan of his coaches. “I can play.”

Jordan says he’s trying to be patient but that “this is really testing my patience.”