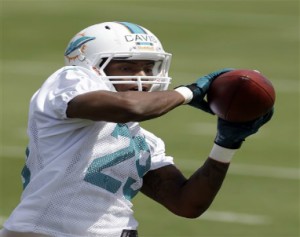 The Miami Dolphins took the practice field for the first time this week in preparation for Thursday’s preseason finale against the New Orleans Saints. But there was one conspicuous absence that caught my eye.

Dolphins rookie cornerback Will Davis was not present Monday during the early portion of practice open to the media. Although there has been no official word from the team, Davis appeared to have injured his leg in Saturday’s preseason loss to the Tampa Bay Buccaneers.

For more on this story visit: James Walker, ESPN.com