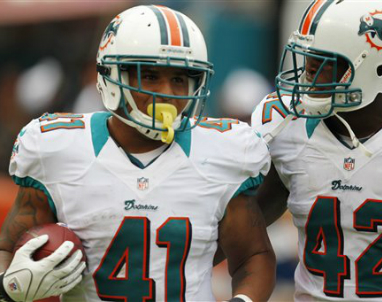 DAVIE, Fla. (AP) — Veteran guard Lance Louis is among nine players cut by the Miami Dolphins to meet the NFL deadline for the 75-man roster limit.

Louis signed a $1.6 million, one-year deal with Miami in March, but only $100,000 was guaranteed. The former Chicago Bears starter was coming off knee surgery and became expendable when he was unable to beat out incumbent John Jerry on the first team.