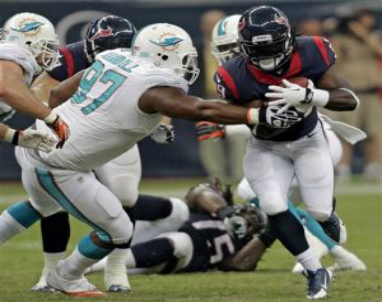 Former Miami Dolphins draft picks Austin Spitler and Kheeston Randall were among the 22 players released Sunday as the team got down to the NFL-mandated roster limit of 53 players.

Also released on Saturday were four wide receivers — Chad Bumphis, Brian Tyms, Keenan Davis and Marvin McNutt, who had four catches for 99 yards and a game-winning 56-yard touchdown in the 24-21 victory against the New Orleans Saints in the preseason finale Thursday night.