Dolphins running back Jay Ajayi had a career high 1,272 yards in 2016 and the team is trying to find more ways to get him the football. Kenny Stills had his best season since his second year in New Orleans as he amassed 726 yards and nine touchdowns on just 42 receptions last year.

Despite the fact that both players had breakout seasons a year ago, the point of emphasis with each players’ respective position groups have little to do with handling the football. Dolphins’ running backs and wide receivers have been working on being better players without the football in their hands.

“One of the focuses for the running back room – specifically myself – is being better without the ball this year,” Ajayi said. “That comes along with the fakes, running routes, knowing the details, catching the ball and so that’s what we’ve been working on – I’ve been working on – this offseason and it’s been really good.” 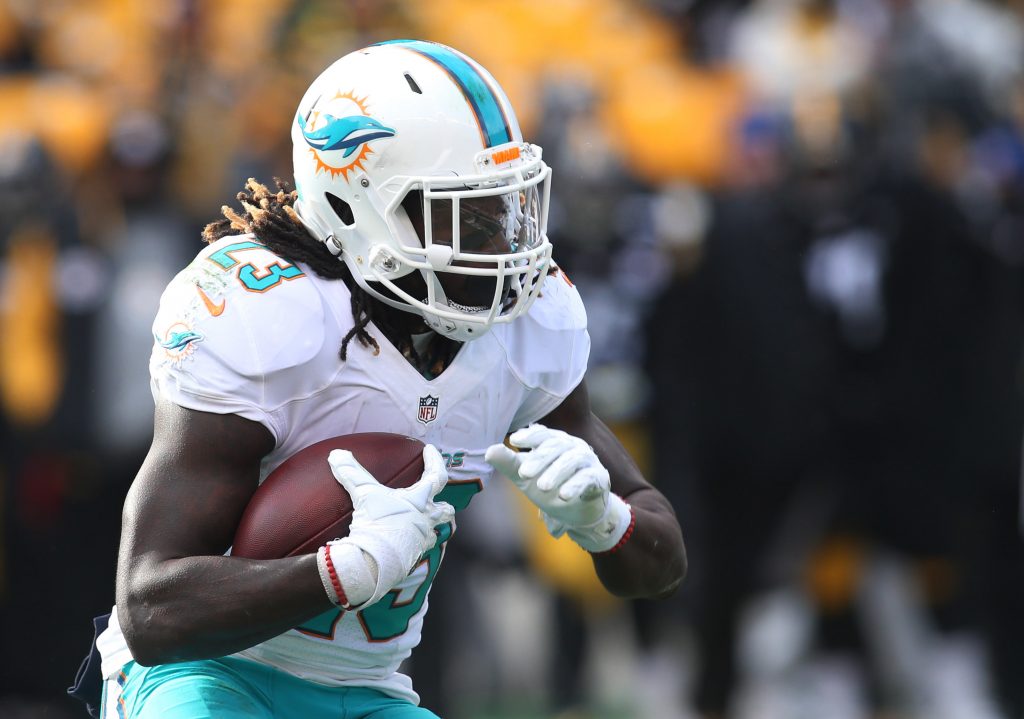 While Ajayi and the running backs have placed emphasis on being better without the football in their hands, coach Adam Gase still plans on getting the ball to Ajayi 350 times this season – a work load he says he’s prepared to take on.

Stills averaged 17.3 yards per reception last season and is the Dolphins deep threat, but he realizes that poor performance without the ball in his hands could result in a paucity of targets.

“Yes. You’ve seen the receiver group down the field blocking in those games where we weren’t really throwing the ball as much,” Stills said. “[wide receivers] Coach [Shawn] Jefferson really stresses us being complete wide receivers and tells us all the time, ‘No block, no rock.’ That’s something we’re always focusing on and we’re trying to help this team any way we can.”

The Dolphins bring back a talented wide receiver corps that includes two-time Pro Bowler Jarvis Landry,  DeVante Parker and of course the speedy Kenny Stills. Stills believes the group is poised to have a successful season as a result of being in the same offense for the second consecutive season.

“I think that’s one of the biggest things [Head] Coach [Adam] Gase stresses with us is going out there and flying around. The fact that we know our responsibility, we know our job, we’re more comfortable out there, we can fly around and play this game at a high speed, high tempo.”