The Miami Dolphins rookies dove headfirst into the community on Tuesday as they teamed up with Special Olympics Florida to host the third annual Rookie Clinic. More than 60 Special Olympics flag football players from Miami-Dade and Broward counties were selected to participate.

Florida’s Special Olympics regional vice president Erin Kozlowski says the Rookie Clinic is by far the event the kids most look forward to.

“Nothing is better than this,” Kozlowski said. “This is the best event we do all year – hands down. We’re really so blessed to be able to have this opportunity. There’s nothing better. Our athletes get to play in the Dolphins’ training dome. It’s the most pristine facility you could ever imagine and our athletes get to be here.” 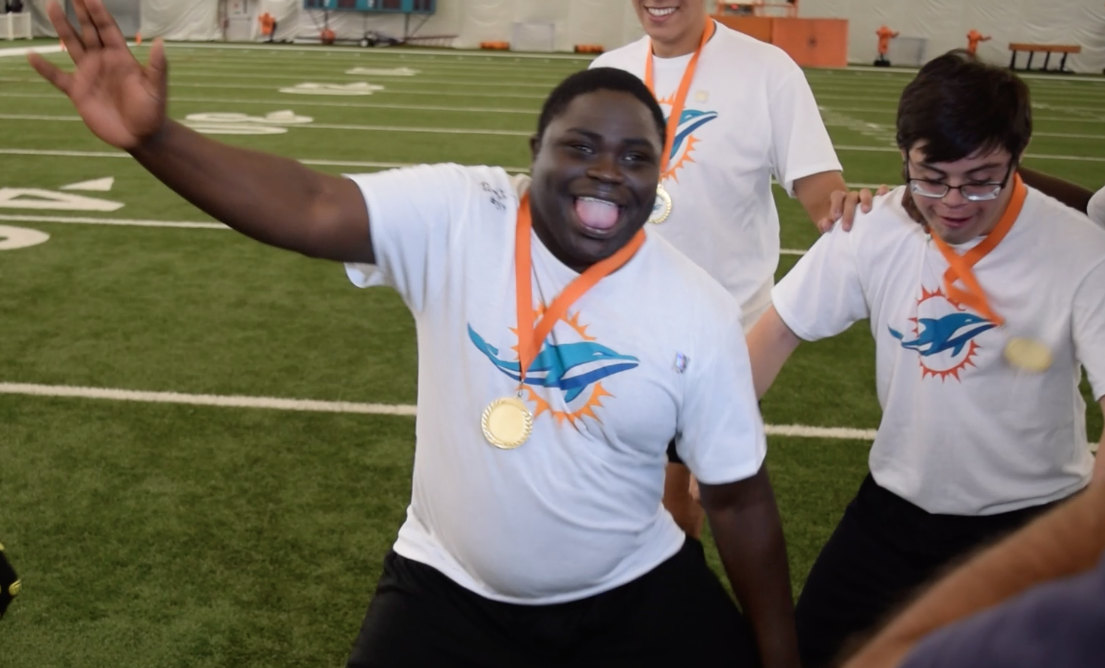 “My Godmother [Shawn Britt] who took me in from New Orleans, like who helped me out – after Hurricane Katrina, she was like the manager of Area 20 Special Olympics in San Antonio,” Taylor said. “So every time they had an event I’d show up to help with equipment, whether it was refereeing or helping coach. …”

Dolphins No. 1 pick Charles Harris also gained valuable experience working with special-needs children while preparing for the NFL Combine. Harris was very much looking forward to working with Special Olympics as he deems the prospect of giving back to others incredibly rewarding.

“It’s great to have an opportunity to get our minds off of football,” Harris said. I’ve been in the film room a lot today, I’ve been in the weight room doing a lot of thing with the vets, but it great to have a moment just to breathe and to give back. And when we give back, it’s really what energizes us and keeps us moving forward throughout this process. Whenever you see someone else giving it their all, and it’s something you do yourself, it makes you go harder as well.”