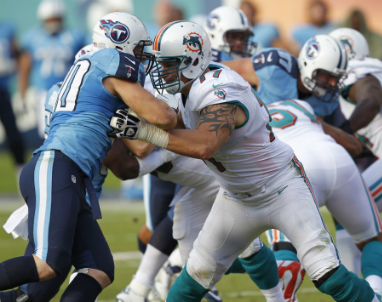 MIAMI (AP) — After four consecutive losing years, the Miami Dolphins should be more fun to watch in 2013.

They upgraded their unimposing corps of receivers by acquiring Mike Wallace and Brandon Gibson, and an already formidable defensive front seven became faster and younger with the additions of linebackers Philip Wheeler, Dannell Ellerbe and Dion Jordan, the No. 3 overall draft pick. But an unsettled offensive line raises questions about the Dolphins’ ability to run and protect quarterback Ryan Tannehill, which means they may again have trouble moving the ball.

Last year Miami lost five games by a touchdown or less, scoring 21 points or less in all of them, en route to a 7-9 finish. A succession of low-scoring games is again likely in 2013.