On Tuesday, Mike Pouncey received news from doctors that he’d be allowed to resume his football career following offseason hip surgery. Many anticipated that he would begin the season on the physically unable to perform (PUP) list, but on Thursday he continued his rehab as a member of the active roster. 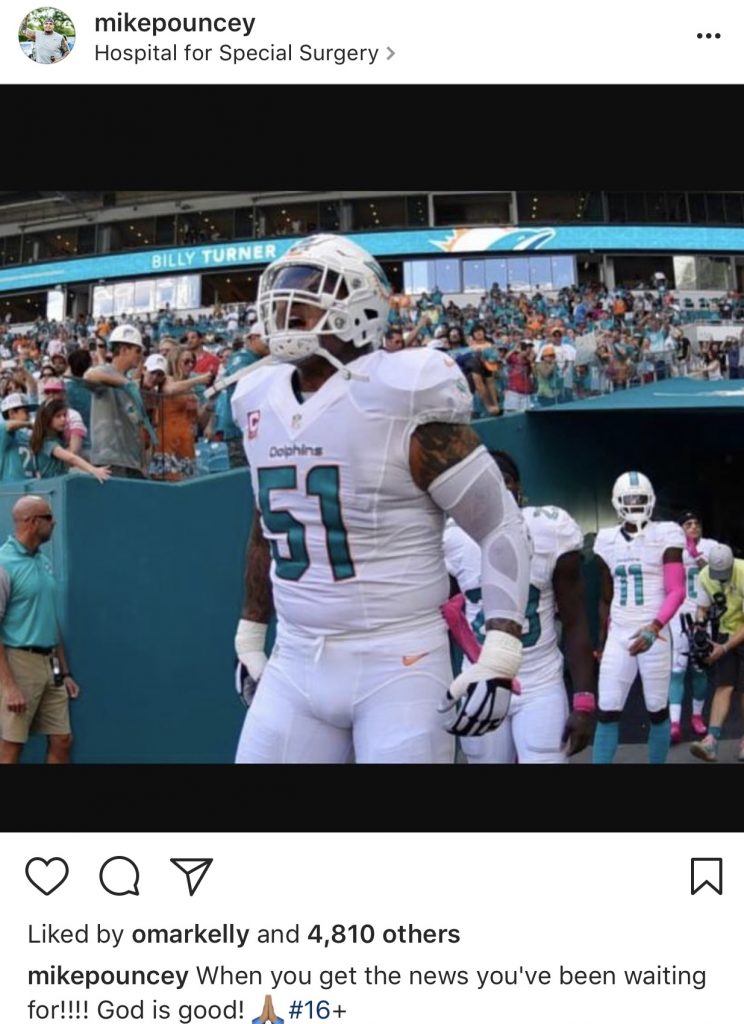 Pouncey was optimistic about returning to the field in 2017. However, he did admit on Thursday that while he believed he’d be back on the football field this season, there was indeed a shroud of doubt surrounding his recovery.

“Obviously the doctor cleared me to play football again,” Pouncey said. “It was something all of us had expected, but we all had doubt in our mind because of the extent of the injury. I’m just glad to get the news that I got. …”

Pouncey used words such as “long” and “humbling” as descriptors for his rehab process, citing many dark days along his road to recovery.

“What I had going on in my hip was different than any other surgery I’ve had. I can tell you one thing: God is good, because without him I wouldn’t have been able to get through this. And my family, was there for me each and every day. They kept me positive through all of the dark days, and it just feels good.

“Today I just couldn’t stop smiling, because I knew I was going to get back out on the football field and get out here and run around with the guys, and I just can’t wait until I start back doing everything with them.”

But just how much work will Pouncey receive in the preseason?

Pouncey is a hard worker and a leader who takes a tremendous pride in his craft. With that said, it isn’t surprising that his position on his rehabilitation process is diametrically opposed to coach Adam Gase’s, as he’d prefer to ease the five-time Pro Bowler into the lineup.

“Me and him [Adam Gase] have a little disagreement on that,” Pouncey said. “But he wants to keep me in a bubble and I’m fine with it. I just want to get back to get back out there and work on being a good football player again.”

Pouncey has become the consummate professional and it’s only right that a player of his caliber would want to continue putting in work with his teammates. However, Gase and team doctors will likely continue to bring him along slowly.

“We’re going to take it one day at a time. The guys have a good plan as far as his progression going through training camp and what days he’s doing individual, inserting him in plays, days he has off.

“I told him ‘We got the best Jane Fonda workouts for your right now.’ He’s dreading the cardio, but he’s doing such a good job of trusting these guys and sticking with the plan that they’re setting up for him. It’ll be nice when we get him on the field.”