The Dolphins’ new coaching staff has placed emphasis on competition and they have made it apparent that the best players will make the team irrespective of whether or not they were drafted or undrafted.

Lafayette Pitts entered Dolphins’ camp as an undrafted rookie free agent out of the University of Pittsburgh in 2016 with long-shot odds to make the roster.

Despite being a relative unknown, his athleticism, tenacity and ability to absorb and retain information earned him a spot on the Dolphins practice squad. Pitts was later promoted to the Dolphins 53-man roster in Week 10 and will likely be a key member of the Dolphins’ special teams unit in 2017. 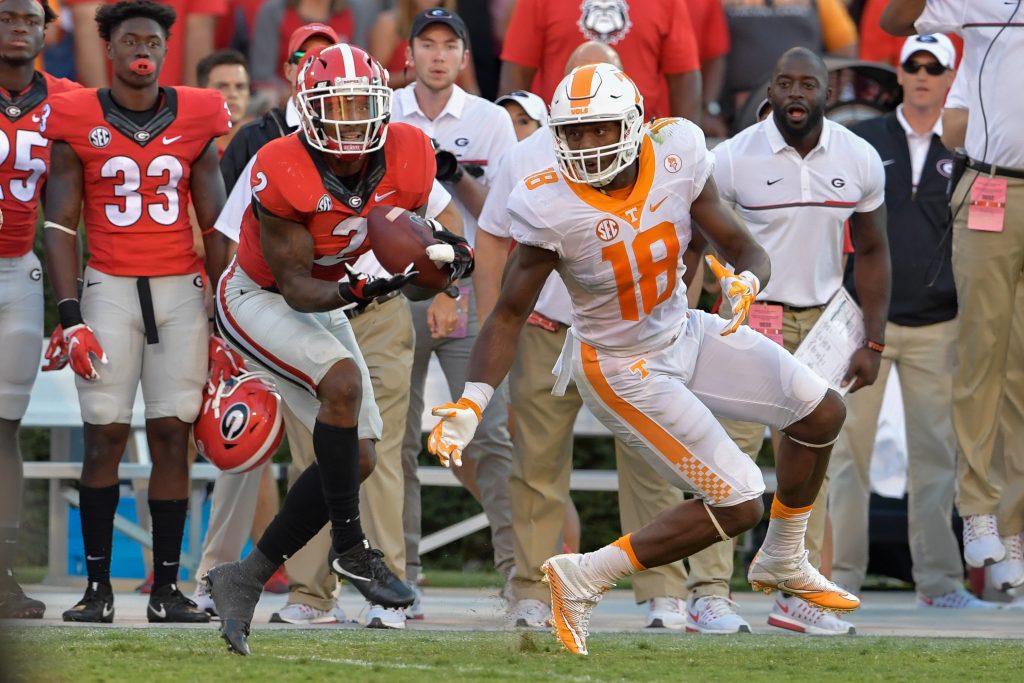 Maurice Smith began showcasing his ability to locate and make plays on the football during organized team activities (OTAs) when he deflected multiple passes during team period. He also intercepted a Matt Moore pass on the final day of practice.

It’s becoming increasingly clearer that Smith is deserving of an opportunity to extend his football career and he is making certain to capitalize on the reps he’s being given much like he did in his one season at the University of Georgia.

Smith played sparingly during his three seasons at the University of Alabama before transferring to Georgia in 2016. Upon coming a Bulldog, Smith reunited with Georgia head coach Kirby Smart who served as his defensive coordinator at Alabama in 2013 and 2014. In his lone season as a starter, Smith finished his 2016 campaign with 50 tackles, two interceptions and one touchdown.

Smith’s ball skills and versatility were on display throughout his final collegiate season, and Smart made certain that scouts knew what they’d be getting if they acquired Smith.

“I think he got to play a lot, and played well,” Smart told Gridiron Now. “Mo [Maurice Smith] is a high character, tough kid.”

While Smith has played well with the opportunities he’s been given during minicamp and OTAs, he still has an uphill battle ahead of him.

Smith will need to prove capable of handling special teams duties while showing promise on the defensive side of the football. He’ll also be in direct competition with second-year players A.J. Hendy and Jordan Lucas who both saw time on the active roster last season.