A sleeper stops becoming a sleeper when everyone who is asked says that team is a sleeper! Consider the Panthers (7-8-1) and Falcons (8-8) went to the last two Super Bowls out of the NFC. They were not on anyone’s radar going into the season. Not one person mentioned either on our radio show when asked, and even their fan-bases didn’t see a trip to the Super Bowl coming. However each featured a NFL MVP quarterback who made a leap of sorts to elite play, and the offenses followed suit. Atlanta more so than Carolina additionally benefited by the decline of NFC preseason favorites over the year.

For what it’s worth, another pair of teams made the leap in 2016: Dallas and Oakland. Both were more obvious choices however with the rapid rise of Derek Carr and the Raiders spending spree in free agency and the assumed return of Tony Romo and Dez Bryant. Of course, the Cowboys surprise was a new quarterback jumping in and doing the job. Point is, more than one team can make a jump. The Dolphins, Titans, and Giants also made big strides in 2016, and certainly Miami and Tennessee would have qualified under the “didn’t see it coming” category had they made a run to the Super Bowl like Atlanta. The Falcons were the big surprise in the regular season, and even in the postseason as a perceived underdog.

So again, I’m only including .500 or worse teams that I see growth potential where most do not. The majority of football savvy people should read my top 3 and think, “no way.” Or if I asked for 3 teams, most all of the time, none of my 3 should be included by anyone answering. Like right now, you should stop reading, and run off 3 teams you think could go from non-playoff team to Super Bowl 52.

Okay, got it? Now as you scroll down, my picks should surprise you.

For the record, I’d expect 9-7 teams like Tampa Bay and Tennessee to get a lot of attention with their young quarterbacks, but they are above sea level for this exercise.

16 teams finished at or below .500. Teams that were good two years ago, and fell off last season will be popular bounce-back picks. That makes sense. We saw them as good teams going into this season, and they dropped off, and historically it’s likely a couple bounce back. I have no doubt the Panthers (6-10), Cardinals (7-8-1), Vikings (8-8), and Bengals (6-9-1) will generate some interest as “sleepers” in 2017. I could make the case for any of them moving forward, but I could also honestly see another drop for any of them too. The Ravens (8-8) will get some love. Super Bowl winning quarterbacks and coaches often do. The Colts (8-8) play in a very winnable division and have a quarterback capable of a MVP season like we saw with Cam Newton and Matt Ryan. Just a little too obvious I think. The Eagles (7-9) are interesting and unsuspecting but I feel like they are too much in transition at this point. A playoff jump? Maybe. A Super Bowl leap? I’d be very surprised. The Browns, Jets, 49ers, Rams, and Jags. No way. The Bears intrigue me, but wow, it’s a tough sell.

So that brings me to…

New Orleans already has a top 5 offense and quarterback. I could see them improving upon that with Michael Thomas building on his rookie season and a strong cast of young explosive weapons at Drew Brees’ disposal. 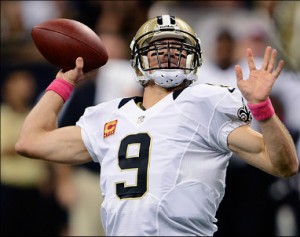 Defensively, well, they sucked again in 2016 however they did improve on their historically bad 2015 despite missing top corner Delvin Breaux and first round pick DT Sheldon Rankins much of the year. If they hammer defense in the draft and perhaps land an impact free agent, I could easily seem them becoming the 3rd straight NFC South team to take off. I’d guess the Falcons get built up by most as an improving team capable of returning to the Super Bowl, Carolina will be a popular bounce-back pick, and Tampa Bay, not New Orleans will get the sleeper love with a younger quarterback.

Consider this: San Diego (Los Angeles) scored 410 points last year. Only New England (441), Oakland (416) and Indy (411) scored more in the AFC. That may surprise you to see them so close to a team like the Raiders, right?

The Chargers played most of the season without Keenan Allen and Danny Woodhead, and lost Melvin Gordon for a nice chunk and Travis Benjamin played hurt. If that isn’t potential for a major breakout next year, I’m not sure what is! Philip Rivers is a very good quarterback who should be excited about his supporting cast next season. 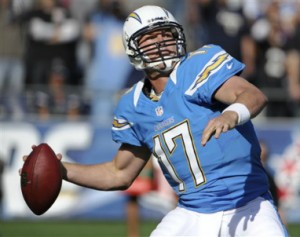 Another major signal  is that they went 0-7 in games decided by 7 points or less in 2016 too, which almost always balances out year to year. No team keeps winning or losing close games to either extreme like that over consecutive seasons. The defense needs an infusion of talent, but quarterback and the offense looks ready to hunt. Plus, all anyone will talk about is the move to a soccer stadium and how strong the rest of the division is going to be.

I get it. I’m stupid. I don’t watch any football. It’s the same thing you would’ve said to anyone that picked Carolina or Atlanta to win the NFC the last couple of years though.

What I like? Buffalo outscored opponents in 2016 (399-378) despite the losing record. You know how you do that? Lose close games and blow-out teams in wins. Six of their nine losses were by one score (6, 6, 3, 6, 7, 3) while five of their seven wins were by 11 points or more (15, 16, 11, 29, 20). You may have taken note that they only scored 17 points less than what will be a popular Super Bowl pick in 2017 in Oakland, and if not, I’m pointing that out. The fact they aren’t thought of as a potent offense, but were pretty good, and killing teams and losing close games are all great signs for a team capable of taking a leap. 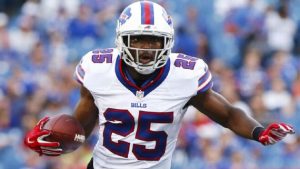 Buffalo has to make a decision on QB Tyrod Taylor (I think they should restructure and keep him), but they have a great offensive line, a great running back, a great (and oft-injured) receiver, and a defense that should be excited about Sean McDermott switching them back to a 4-3 scheme. The Bills should be fast and able to rush the passer. Nobody will be excited about them because the Pats rule the AFC East not to mention they haven’t been to the playoffs in nearly two decades, but there is real potential here!