The league is testing out Germany.

The National Football League is going back on the road this year to places which have no chance at landing a permanent franchise in the next five years but offer pounds, pesos and euros to fill the 31 NFL team owners and the Green Bay Packers Board of Directors’ pockets. The league is going to play one game in Germany, in Munich, with the Seattle Seahawks taking on the Tampa Bay Buccaneers on November 13th. It is not a coincidence that the league’s highest profile player, Tom Brady, is involved with this game. It is the first regular season game ever to be played in Germany although the NFL through the now defunct NFL Europe league did operate teams in the country. The Munich matchup is one of five contests outside of the United States. There are three London games. The Minnesota Vikings and the New Orleans Saints are scheduled to play on October 2nd.  The New York Giants and Green Bay Packers are slated to meet on October 9th and the Denver Broncos and Jacksonville Jaguars are supposed to play on October 30th.  There will be one game in Mexico City on November 21st featuring the Arizona Cardinals and the San Francisco 49ers.

The NFL is a proven commodity in London and has done well in Mexico City when games were played and not cancelled because of poor field conditions. The NFL though is looking at expanding its marketing presence in Germany and take a share of euros with them. There is a four-game plan between 2022 and 2025. Two of the games will go to Munich with the other two in Frankfurt. Düsseldorf could be in the mix down the road. A study by a marketing group claimed NFL telecasts are Germany’s second most watched sports programming. The NFL wants those euros. 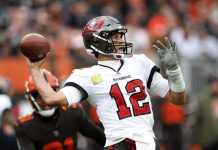 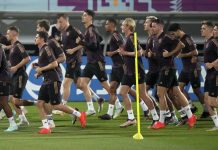