New stadium or not?

Does Terry Pegula want a new stadium for his NFL Buffalo Bills franchise somewhere in the Buffalo metropolitan area or is he content to allow the clock to run down on the final years of his deal with Erie County and New York State and then demand a new stadium be built by the end of 2023? There seems to be some disconnect between Terry Pegula and his wife Kim who said the couple was on a fact-finding mission to determine where the family’s company should be housed. But was Terry Pegula blindsided by his wife’s comments? It seems that way but given the timetable of identifying a place for a stadium, negotiating for public money, getting all sorts of environmental, zoning and planning approvals, that six-year lease isn’t as long as it seems. Kim Pegula’s statement on meetings about remodeling or getting a new Bills stadium makes sense. Especially with the Pegula’s holding an opt out of the stadium lease clause in 2020. But Terry Pegula, at least as of this week, says not so fast.

“I don’t know when she said that, but we’re just got through with a remodeling and major contribution from the state of New York in the stadium,” he said. “I feel that, in light of that, we’re not in any planning session at all right now for a new stadium. We’re still enjoying what’s been done to the field. Well we have a lease through 2023 so that’s a contractual obligation. That’s my stance on it. This is 2017. We’ve got a long ways to go before thinking about anything besides where we’re at now.” The Bills stadium has been renovated twice since 1999 with more than $185 million in public money poured into the stadium which opened in 1973. Which Pegula is right in the stadium story Kim or Terry? 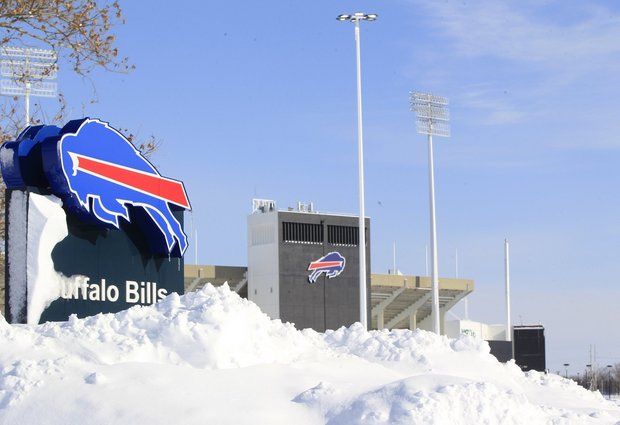