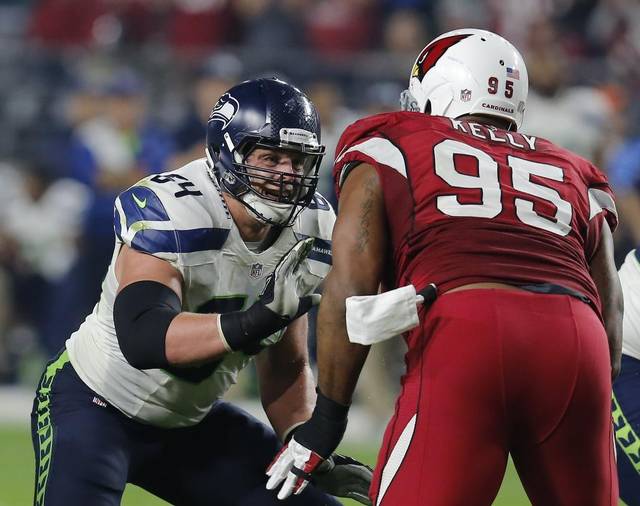 On tape, he’s shown the ability to be a strong run blocker but he also showed inconsistency at times and struggled in pass protection.

JR Sweezy has allowed 99 pressures over the last 4 years; 9th most for guards.

Makes some great blocks, but…. pic.twitter.com/RQKUY9AXiQ

The first block is what people love about Sweezy, but too many whiffs like the second block https://t.co/F3EgUizJrZ

The Seahawks’ offensive line did much of the same, becoming one of the top rushing attacks in the NFL but also struggling to protect quarterback Russell Wilson.

In 2015, the Seahawks produced the league’s third-best rushing attack, averaging 141.8 yards per game on the ground. They also finished third in 2014 and fourth in 2013.

A seventh-round draft pick in 2012, Sweezy was a teammate of Mike Glennon’s at N.C. State and won a Super Bowl with Clinton McDonald and Tony McDaniel in Seattle.