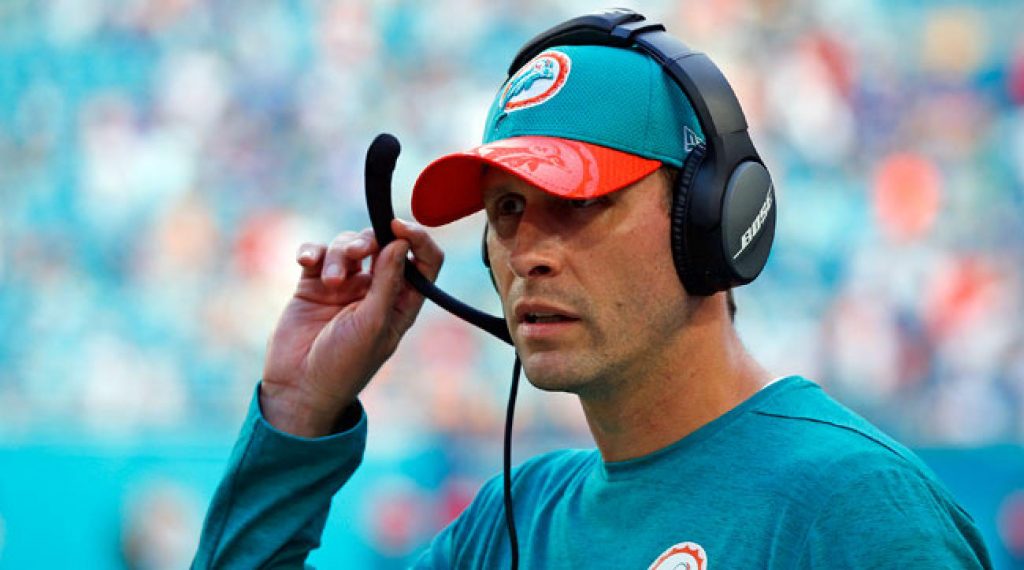 DAVIE – It doesn’t take a genius to surmise that the Dolphins run game is struggling. The Dolphins have averaged just 44 yards on the ground in their last two contests against the New York Jets and New Orleans Saints, and their rushing totals in recent weeks are emblematic of their inability to successfully block eight defenders in the run game.

The Dolphins had some success blocking eight men in the box last year but out side of their first game of the season against the Los Angeles Chargers when Jay Ajayi rushed for 122 yards on 28 carries, last year’s success has not carried over to 2017.

“Defensively, it’s kind of the same thing [as last year] we just haven’t handled it as well,” said offensive coordinator Clyde Christensen. “We’re getting the extra man in the box and everyone starts with the same thing: stop the run, let’s not let them get going. … The difference is, we haven’t gotten going much this year. But I think they’re playing us the same. … Week after week it’s the same thing. It’s kind of that extra guy in the box to stop the run first, which we knew. … Last year we ran the ball solidly against the extra man, and this year we haven’t consistently done that.”

Common knowledge suggests that if something isn’t working, then the initial plan must be amended but 20-plus years of NFL experience elicited a different response from Christensen:

“You know that it’s not the system. It’s a proven system, it’s not the players; they’ve won games. Just keep doing what you’re doing, do it better, tighten it up. … We’ll experiment a little bit, but the answer to the question is: stay the course, do it better, it’s about us, it’s not about the opponent, and we’ve got to play better football.”

Coach Adam Gase clearly believes execution is at the crux of the Dolphins’ issues along the offensive line and he was brief, but very candid when addressing the matter on Thursday.

That’s the number one key for us: just do your job. If we do that consistently, we should be fine.”

The Titans are yielding 112.5 yards rushing per game, and the Dolphins should be able to put together a respectable performance on the ground against their defensive front. If they can have success in the run game on early downs with a mixture of gap and zone blocking schemes, their offense should stay on the field much longer than they have the last two weeks.