Mobile, Ala. – Baker Mayfield and Josh Allen have garnered most of the attention and headlines during Senior Bowl week and rightfully so. They are the top-two quarterbacks in Mobile, and the Miami Dolphins have reportedly spoken with both of them.

Veteran quarterback Ryan Tannehill is expected to return to full strength following reconstructive surgery to repair his torn ACL, and new offensive coordinator Dowell Loggains is excited to work with him. However, general manager Chris Grier and vice president of football operations Mike Tannebaum have not been shy about their willingness to explore the 2018 quarterback class.

According to Grier, Hall of Fame quarterback Dan Marino will also aid the Dolphins in the quarterback evaluation process.

“It’s good to have Dan Around,” Grier said. “Obviously, a good player that was of his caliber when he played and one of the all0time greats and someone that is very respected, it’s great having him in meetings. We’ll sit and we’ll pick his brain and he’ll ask us questions, as well.”

Tannehill’s 2018 cap number is $19.8 million, but if the Dolphins desire to cut bait with him in 2019 as a result of injury or poor play, they must have a contingency plan in place.

As it stands, Miami is looking forward to seeing Tannehill bounce back in 2018 and it’s imperative that he does. Because at this juncture, neither one of the Senior Bowl’s top-two, signal-callers are ready to be handed the keys to a NFL offense.

Here are areas of opportunity for both Mayfield and Josh Allen: 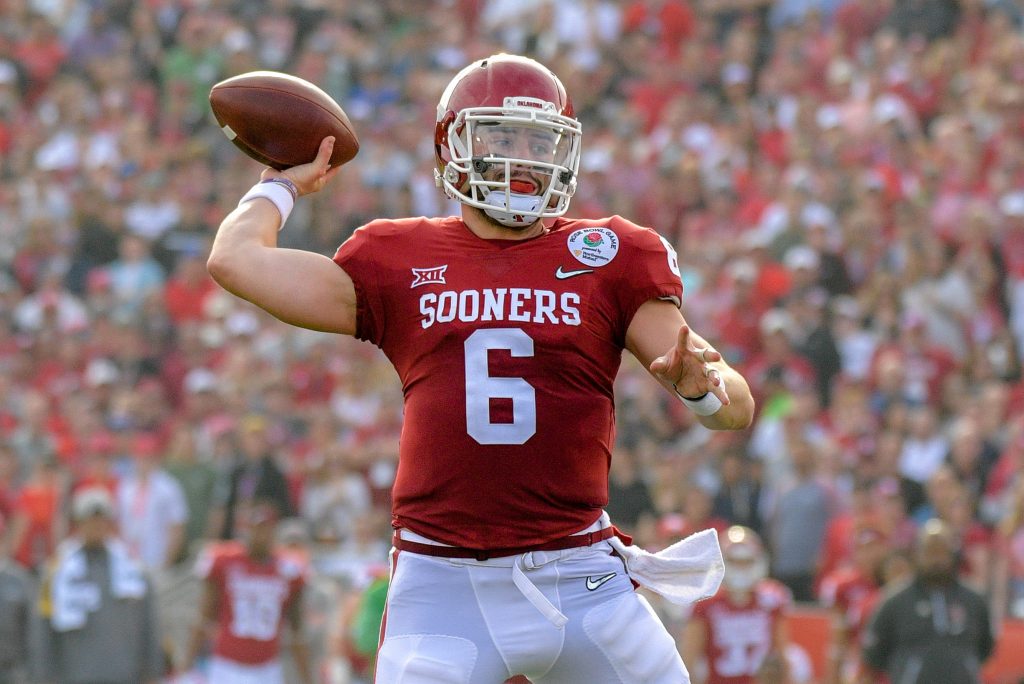 There are plenty of scouts and media members who are sold on Baker Mayfield and there’s no reason to disparage fans of his game. He’s accurate and he throws with touch, but there parts of his game that must be developed from a technical perspective. Mayfield has been credited with having a strong arm but when he isn’t able to transfer his weight from his back foot and his technique isn’t perfect, his intermediate throws have a tendency to die on him. Mayfield’s arm strength will not preclude him from having success in the NFL – if he gets the ball out on time. If not, he does not possess the arm strength to compensate for being late.

To avoid being late on throws, he must eliminate gathering before taking vertical shots down field. Taking the extra time to gather gives defensive ends more time to get to him, and safeties more time to rotate. Learning to let the ball go at the top of his drop will be paramount to his success, especially while adjusting to the narrow hash marks in the NFL. Mayfield can certainly become a starting quarterback in the NFL, but hopefully his next team will cater its offense to his strengths and not force their philosophy on him. 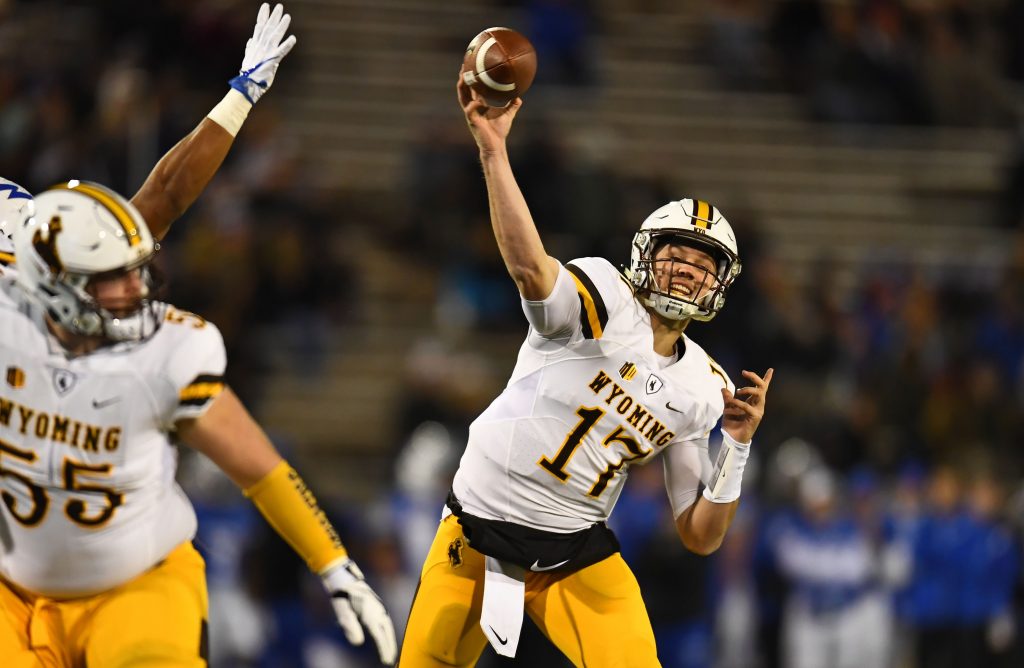 What isn’t there to like about Josh Allen? He’s 6-foot-5, 222 pounds, and can throw the leather off the football. Unfortunately, Allen’s greatest strength can also be perceived as a weakness. Allen has a tendency to throw the football at one speed. He can be seen throwing check downs with the same velocity that he would throw with down the seam, which could get him into trouble.

In addition to throwing hard and fast, he also struggles with accuracy and misses high on occasion. Throwing high-heat over the middle and failure to change the pace of throws to his outlet receivers can lead to turnovers. It will be critical for him to work on his pocket presence, touch, anticipation and accuracy if he is to become a starting quarterback in the NFL. If he’s half the worker pundits have painted him to be, he’ll have no trouble making the necessary adjustments.