The end may be near for Aloha Stadium.

The National Football League is returning to its one-time Pro Bowl home stadium in Oahu with a preseason game between the Dallas Cowboys and the Los Angeles Rams. By all accounts the stadium is antiquated and is in need of being renovated or simply torn down and replaced by a newer facility and that is just what Hawaiian elected officials are trying to do. Get a new or renovated stadium built on the land which is just outside of Honolulu. There has been $350 million dollars earmarked to knock down the 44-year-old venue and replace it with a smaller stadium eventually. There is also a hope of building a stadium village around the facility but that is a hope that politicians can only think about because as of right now there is no proposal other than $350 million set aside to do something. The state is looking for investors who will lease the property and use the $350 million on a stadium and a village. Nothing is imminent as there has to be an environmental impact study of the area where the building could take place and that could take as long as a year and a half and push back the project’s starting date into 2021. Of course, there needs to be someone to step up and develop the concept. State officials think the stadium has some real safety issues but Hawaiian officials have not shut down the facility.

Aloha Stadium is not used very much. There have been a number of concerts recently featuring Guns and Rose, Eagles, Eminem and Bruno Mars. The stadium has University of Hawaii college football, some high school football games and an annual Christmas Eve game, college football bowl, a game that is seen at night on the mainland. The National Football League pulled the Pro Bowl from Hawaii because it got a better deal in Orlando, Florida.

Analysis: The Cowboys Dak Prescott hands it to all the wrong people 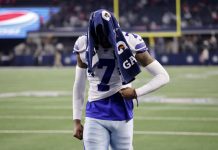 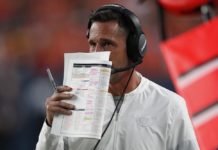 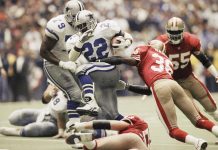