Big Game time. The Super Bowl is an event.  It is the opening day of the new advertising campaigns for certain companies who have paid FOX television millions of dollars for advertising time. Pizza places generally have their best financial day of the year. It’s a good day for beer companies as it is one of the biggest beer consumption days of the year. FOX will get the year’s highest rated television show and a leg up on the TV industry’s all-important February sweep month. Local station’s advertising rates are based on how many viewers watched that station’s programming during the sweep month. FOX affiliates will get a huge bump in the February 2020 race. There will be claims that South Florida will get hundreds of millions of dollars of economic impact although there is a displacement factor. Snowbirds who normally visit South Florida this time of the year might go elsewhere for their needs

The United States Government considers the Super Bowl a SEAR 1 event. A target for terrorism. That means the Secret Service is in charge of security. The Super Bowl is not a top tier event though. A National Special Security Event such as the State of the Union address and the presidential inauguration are given the most security attention. The Super Bowl is a Special Events Assessment Rating level I event. There are 50 agencies who have been working for a year and a half involved in making sure the event is secure. There is no word on how much it costs taxpayers to provide security. The NFL does not pay any money to help secure the event. The FBI, FEMA, TSA, the Customs and Border Patrol and Miami Dade police are part of the security team.  It really does seem that the game is secondary. Weeks after the Big Game most people cannot name its winner. 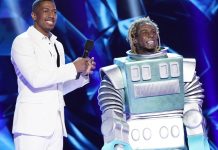 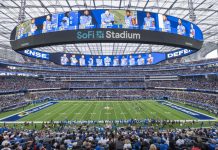