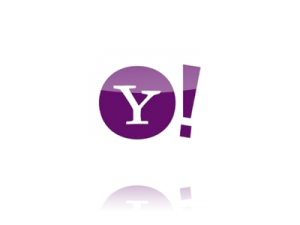 Sunday’s Jacksonville Jaguars and Buffalo Bills game will be the first game to be broadcast as part of a new deal done between the NFL and Yahoo! Inc. The game will be played in London with an airtime of 9:30 am and it can be accessed by fans around the world for free.

In keeping with the NFL’s long-standing commitment to make its games available on free, over the air television, the game will also be televised in the both the Buffalo (WIVB-TV) and Jacksonville (WTEV-TV) markets

The Bills and Jaguars game will be made available across multiple properties, including Yahoo, Yahoo Sports, Yahoo Screen, Tumblr, Roku and other set top boxes. The deal represents the first time the NFL has partnered with a company to live stream a regular season game over the top globally.

“The NFL has always been committed to being at the forefront of media innovation. Through this partnership with Yahoo one of the world’s most recognizable digital brands. We are taking another important step in that direction as we continue to closely monitor the rapidly evolving digital media landscape,” said Roger Goodell, in a statement issued by Commissioner of the National Football League.

Yahoo was also excited about the deal as they expressed in their own press release.

“We’re thrilled that the NFL has chosen Yahoo for this historic opportunity,” said Marissa Mayer, President and CEO of Yahoo. “It marks a significant change in the way users can access this amazing content. The NFL and Yahoo have both long engaged football fans around the world. Our partnership provides the ultimate football experience with digital availability, designed for the modern fan.”

With this partnership, the NFL will extend its digital presence, making some of the most valuable content in sports and entertainment available across multiple digital platforms free for all users. The NFL is leveraging Yahoo’s global audience, digital advertising capabilities, and delivery platforms, which span desktop, mobile, tablet, connected TVs, and set-top boxes, to ensure that the Bills and Jaguars game is accessible on every screen globally.