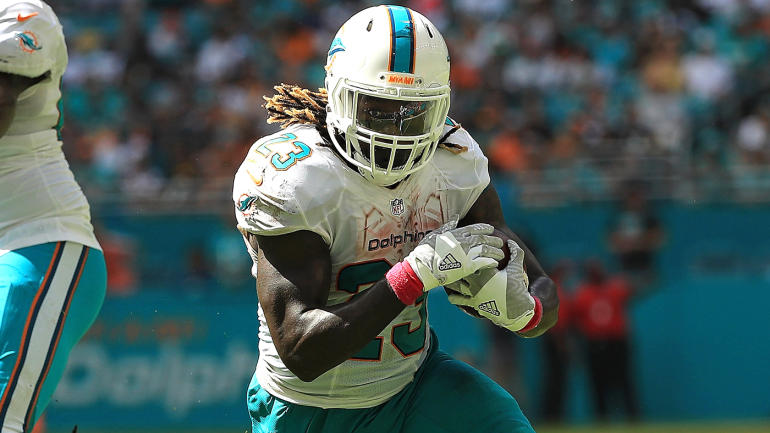 Today marked the first day of live hitting for the Miami Dolphins and Jay Ajayi got a large piece of the action in the early goings of the practice. Unfortunately, after a few punishing runs during Monday’s team period, team trainers took his helmet away and he was escorted into the team facility for further evaluation.

Following practice, coach Adam Gase confirmed that the immediate concern was that the star running back might have sustained a concussion.

“He was getting evaluated for a concussion,” Gase said. “I’ll know more this afternoon, I didn’t get a full debriefing of everything today so far. We usually get it in a couple of hours.”

Deciding when to cut back on contact and when to schedule practices that entail live contact is a delicate balance to achieve for all 32 NFL teams every year. However, Gase is prepared to meet scrutiny, whether his practices are deemed too physical, or too soft in the eyes of the general public.

“You’re not going to win either way. If we don’t go live you guys [media] write that we don’t work on tackling. If we go live and somebody gets hurt you guys say, ‘you shouldn’t.’ It doesn’t matter, you’re going to be wrong either way. So we feel like that’s best for our football team. We needed to go live and tackle and – it’s football.”

Adding to Gase’s reasoning for going with live tackling for today’s practice was that the number of missed tackles last season were unacceptable, and it took the team much longer than he would have anticipated to improve in the trenches. In addition to Gase and his coaching staff wanting to have live tackling sessions during training camp, the players were excited about the prospect of full contact as well.

“When you talk to some of your veteran players [about live tackling] and you can’t even finish the sentence and they’re saying ‘absolutely,’ that’s when you know it’s a good thing.”

Live tackling is for the greater good of the entire team, but unfortunately Ajayi was a mere casualty of war on Monday.

While it is not clear whether or not Ajayi did suffer a concussion, head injuries in general are very serious in nature. With that said, it is believed that Ajayi will be back sooner rather than later.