Justin Timberlake returns to the scene of the crime.

Justin Timberlake will be returning to the Super Bowl as a performer but this time the NFL will make sure there will be no wardrobe malfunction. The Super Bowl has impact on society and in some cases, like the implementation of Dr. Martin Luther King, Jr. Day in Arizona leaves a legacy. Timberlake and Janet Jackson not only changed the Super Bowl halftime show in 2004 but TV as well. Timberlake grabbed Jackson in a dance routine accidentally forcing her dress to open which revealed one of her breasts. That 9/16’s of a second left an impact.

Conservative politicians derided CBS and CBS’s MTV unit which produced the halftime show. Within 15 hours, politicians gathered on the steps of the Capitol in Washington pointing a finger at Jackson and CBS for promoting something immoral.  Then the hammer came down on CBS. The Republican Federal Communications Commission majority got involved and fined Viacom/CBS $550,000 and changed indecency rules. Viacom/CBS fought the fines for seven years and won. But the FCC raised the amount stations and networks could be docked for what can be termed questionable images and dirty words. In 2004, television stations were scared off by the prospects of fines. Sixty-five ABC TV affiliates did not show the movie Saving Private Ryan because of foul language concerns. The TV stations didn’t want to risk a fine. Saving Private Ryan had won five Academy Awards following the film’s 1998 release. Military veterans’ groups were furious with the stations and Disney/ABC offered to pay the fines of the 65 stations if the FCC decided to dock them. The FCC ignored the movie. The Super Bowl matters. There was nothing that happening prior to the 2004 Super Bowl that should have ushered in a change. But Timberlake and Jackson changed that. 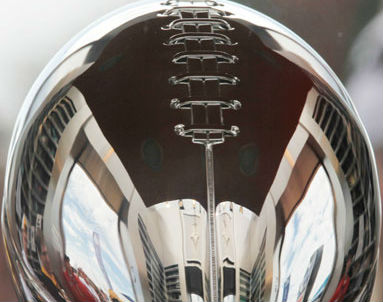