The National Football League playoffs get underway and the Stan Kroenke Rams franchise, a team that plays in Los Angeles at the moment but the business will relocate to Inglewood in 2020, is in the tournament. Whatever the Kroenke Rams do, it is not what is happening on the football field that is interesting. Kroenke’s football business dealings and his leaving St. Louis seems to have the attention of a judge and it may not only be Kroenke that will face scrutiny. Other NFL employees may have to chime in about what they knew about Kroenke’s negotiations or a lack of good faith bargaining with St. Louis officials. Kroenke had purchased a piece of land in Inglewood that was big enough to accommodate an NFL style stadium and have enough room for business development. Kroenke finished his St. Louis lease and departed after the 2015 season to the Los Angeles metropolitan area.

A lawsuit filed by the city of St. Louis, St. Louis County and the St. Louis convention and sports complex authority alleging breach of contract and fraud will proceed. The St. Louis groups are suing because they feel Kroenke made up his mind to move before asking other NFL owners for permission to relocate and never conveyed that to St. Louis officials. St. Louis officials want Kroenke or the NFL or both to reimburse them for spending $16 million for plans to design an NFL state of an art St. Louis stadium plus money for the loss of local taxes due to not having a team. The NFL could not get the lawsuit dismissed. Does the NFL have a policy regarding the standards that need to be met for a team to move? Did Kroenke or any NFL people from Commissioner Roger Goodell to Eric Grubman mislead St. Louis officials? Could St. Louis still have a team?  A judge wants to know. 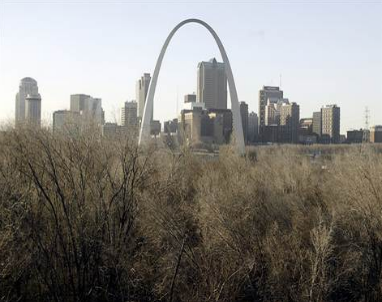