MOBILE, Ala. – During his time at West Virginia, Kyzir White did not fill a traditional linebacker or safety role. As a result, he became one of the most well-rounded defenders in the 2018 NFL draft.

White played the “spur” position in the Mountaineers 3-3-5 stack defense. His responsibilities were as wide-ranging as playing in the box, to mirroring slot receivers and tight ends; to taking on guards, tackles and fullbacks in the hole and lining up as a single-high safety.

Bringing in a player as versatile as White is exactly what the Dolphins need at weak-side linebacker. His ability to match patterns by receivers and tight ends, while remaining physical against the run is a rarity. His presence would enable a team like Miami to stay in base personnel while defending the more athletic tight ends in the NFL.

Gone are the days of hulking linebackers who merely hunt down running backs but are often exposed in coverage. In today’s NFL, linebackers must be able to do it all, and White’s numbers during his final year at West Virginia are emblematic of a player who is capable of playing multiple positions at a high level.

White posted 94 tackles, three interceptions and two forced fumbles in his senior campaign and he could have a similar impact in the NFL.

The former WVU standout wasted little time showcasing his versatility on the first day of practice at the Reece’s Senior Bowl as he lined up at weak-side linebacker and safety. White also registered an interception on the day and is seemingly improving his stock with every rep.

White’s attitude will also help him climb up draft boards, as he’s ready and willing to play wherever he’s needed to help his team win games. 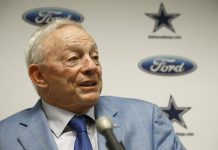