Awww the sweet smell of subsidies

Congratulations are due to Nevada officials for not signing the worst possible stadium deal ever in the agreement with Mark Davis to bring his football team to Las Vegas from Oakland. Nevada negotiators did not insert a clause requiring the stadium to be in the top 25 percent in NFL stadium revenue streams as St. Louis negotiators did in 1994 when the city lured Los Angeles Rams ownership to move from Anaheim to the Missouri city. But Mark Davis ended up getting one heck of a sweet deal from Nevada lawmakers and negotiators. Davis and his partners will pay zero rent over the course of a thirty-year contract which starts in 2020. Davis and his partners will pay for stadium maintenance and put away $2.5 million annually for future stadium upgrades.

Davis and his Raiders partners are getting $750 million from the state in stadium subsidies. Davis and his partners are also getting to keep every penny generated in the stadium. Davis and his partners keep all money from luxury boxes, club seats, signage, restaurants, parking. The Raiders stadium will not have a sportsbook on the premises and in the lease, there will be no sexually themed advertising partners putting the business name up anywhere in the stadium. The Nevada deal blew away any possible Oakland agreement as Oakland was never going to give away the store for Davis and his partners. To lure Al Davis and his football team back, Oakland officials spent millions upon millions of dollars renovating the Oakland Coliseum. There is still a mountain of debt from the 1995 lease negotiations and renovations that need to be paid off. Mark Davis was not going to settle that debt and that was a major stumbling block in the Oakland negotiations.  Davis is putting his team in Las Vegas because politicians decided to give the store away. 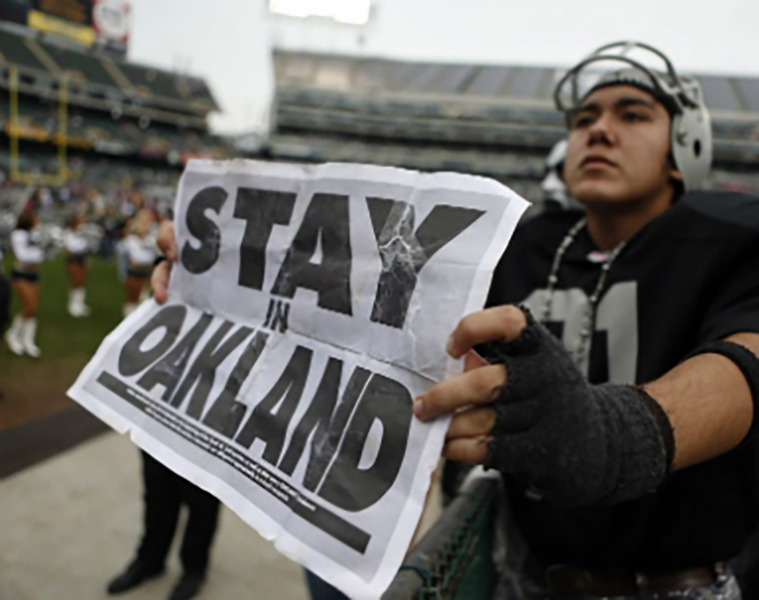 Mark Davis and his partners are not staying in Oakland