The NFL is answering

Mark Waller is of the belief that the National Football League could have a permanent franchise in London maybe as soon as there is a new collective bargaining agreement signed and when a new American television deal is reached and that can be all accomplished by 2022. So the time frame would be 2023 according to Waller’s thinking. Who is Mark Waller? He is the NFL’s international vice president and has been involved with getting London NFL ready for years. But Waller’s thinking that London will get a franchise is a bit baffling in that the NFL has never expressed an interest in expanding beyond the league’s 32 franchises. So is London being used to threaten cities that have teams? Telling them if you don’t ante up and give an owner a better stadium or lease, we always have London and London is ready to grab a franchise.

The NFL has abandoned two cities, St. Louis and San Diego as those two franchise owners decided that the Los Angeles market is better. Mark Davis is biding time in Oakland and then will take his Raiders to Las Vegas. Which teams might be available? Jerry Richardson is selling his Charlotte, North Carolina based Panthers and a new owner inherits a lease that ends in June 2019. Charlotte is a good market with a 1990s style stadium. Buffalo’s lease with the local government ends in 2023. New Orleans’s Superdome lease ends in 2025. Cincinnati’s stadium deal is done in 2026, Nashville and Baltimore’s municipal agreements with NFL owners end in 2027. Those are the first teams on that could be on a potential relocation list. Waller used the term relocating team. The NFL will play three regular season games in London in 2018 and could stage as many as five games in London in 2019 and 2020. The NFL lags behind other sports globally and wants a London hit. 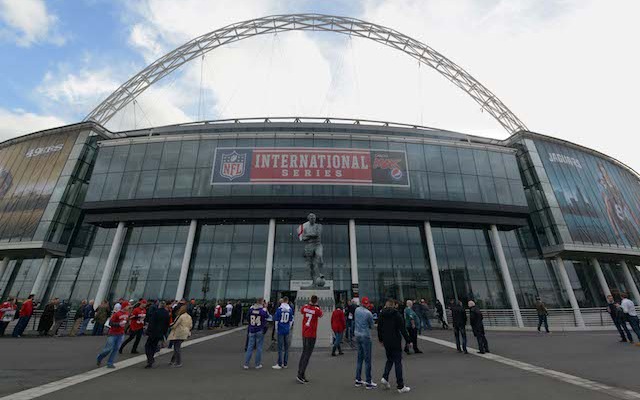 Will an NFL franchise work in London?