Mexico seems to be the hot spot for Major League sports these days. The NFL has a game in Mexico City on Sunday, the NBA is going to Mexico City in December and Major League Baseball is headed to Monterey with the Los Angeles Dodgers playing San Diego in northeast Mexico not far from the Texas border.  The games will take place on May 4th, 5th and 6th. Monterey is a familiar place to Major League Baseball. In 1996 and 1999 MLB send the San Diego Padres franchise to Monterey to play series against the New York Mets and then the Colorado Rockies. San Diego has again been designated as the home team and is giving up three home games in 2018. Monterey is the third largest market in Mexico and is the wealthiest market.

Monterey is considered the most Americanized city in Mexico.  In 2003, Major League Baseball did look at Monterey as a possible destination for the Montreal Expos franchise but the city was never a major contender for a team. Former Colorado Rockies owner Jerry McMorris was absolutely certain that Monterey would have been a perfect fit for the game. Monterey had some money; the city is located about two hours away by car from the Mexico-Texas border, it wasn’t far from Major League teams in Arlington and Houston, Texas which meant a Monterey team would have rivals and the city had a rich baseball history in the Mexican League. In 2003, Major League Baseball was getting pressure from the United States Ambassador to Mexico Tony Garza who suggested to Commissioner Bud Selig that Monterey host a quarter of  Major League Baseball-owned Montreal Expos 81 home games, about 20 contests, in Monterey in 2004. The owners never considered Monterey and moved the Montreal franchise to Washington after the 2004 season. Major League Baseball Commissioner Rob Manfred is talking about expansion. Monterey is on the clock. 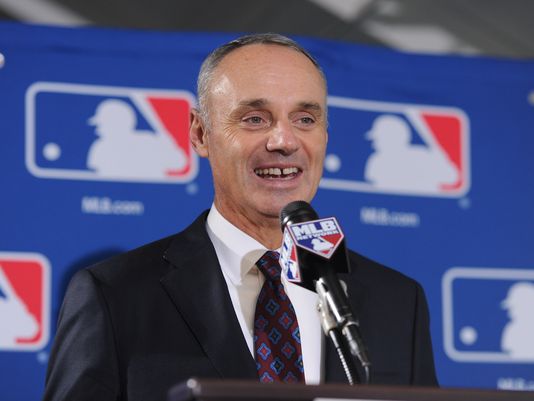