The Pro Football Hall of Famers’ letter asking NFL owners to give Hall of Famers money, something to the tune of $300,000 annually and health benefits is revisiting the playbook of the 1980s, issued by the same people, that led to NFL players of that era being stranded without a long term health care plan in place. Eric Dickerson and Lawrence Taylor were two of the more prominent players in 1987 that crossed the picket line during a strike that led to the collapse of the players association support for the walkout. The players struck in 1982 and 1987 demanded “Money Now”. Long term health benefits were not a priority. Free agency and shopping around for a better financial deal was the goal. The players, led by Ed Garvey in 1974 and 1982 and Gene Upshaw in 1987, failed to get that.

Money not health benefits was the key issue going back to 1974 and 1975. Football is a brutal game and very few get out of the game mentally and physically intact. Some of the stories involving former NFL players are downright sad and should make people angry. Some NFL players who entertained people on Saturday or Sunday or Monday or Thursday became homeless. A few put a barrel of a gun into their mouths trying to commit suicide because of football related, Alzheimer’s disease, depression and injuries. Post NFL life was just too much to take. There has been blame placed on NFL owners for not taking care of players during and after their careers.  However, NFL owners and players signed collective bargaining agreements which should have properly addressed the needs of discarded players.  A good number of former players are getting benefits from the American safety net of Medicaid and SSI. Americans are paying former NFL players’ health bills. 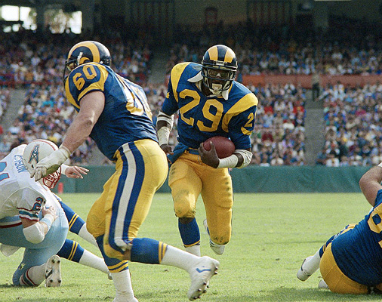