League Hiding Head In The Sand

The National Football League and the National Institutes of Health are going their separate ways in a few weeks ending a relationship that was born in order for the NFL to understand the impact of playing the game on players’ brains. The NFL promised to give the NIH $30 million in 2012 but the two sides got into a dispute over a researcher that the NFL deemed as too biased against the league. Concussion studies will be continuing, the NFL just isn’t funding the NIH. It should not be surprising the NFL is at odds with a researcher. NFL owners led by Jerry Jones are uncertain that playing football and being in collisions is causing brain injuries and brain damage from concussions. One former player, Matt Birk who works for the NFL isn’t buying the research quite yet. Birk tweeted, “What about the 15,000 or so deceased former NFL players who lived full lives and didn’t have CTE?” Last week, Baltimore’s John Urschel retired at the age of 26. He is going back to school, MIT, leaving football behind possibly because of the brain damage issue.

The football industry keeps getting more data on brain injuries from the study of the brains of deceased players and although the number of brains studied is a very small number, a very high percentage of those brains have CTE which may have been caused from playing football. The football industry has a large problem going ahead. If it is conclusively proven that football is causing brain damage, that could mean that parents will simply not sign up their children for youth football and high school football and that could dry up the pipeline that leads to college and pro football and that could have a negative impact on football finances. That more than former players with brain damage scares NFL owners and NCAA football overseers. 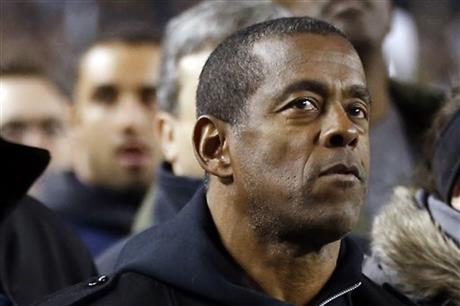