The shield is dented.

It must not be all that easy for some to be a fan of the National Football League anymore. It used to be so easy, flip on the television, there were Pat Summerall and John Madden at the football game of the weekend and then you relaxed. The hard hits, the standing at attention for the National Anthem, a Commissioner Paul Tagliabue who was not a lightning rod for fans mistrust. The slickness of the production and the perceived perception that life was good watching football even if you rooted for a team that was bad and even then there was the hope that the team could rebuild the following season with a good draft. The NFL was perfect Sunday entertainment following the college on Saturday, there was the appeal of violence, betting, eating and drinking on Saturday or Sunday or Monday night. Nobody pulled the curtain on the show.

The curtain has been pulled. The 31 NFL owners and the Green Bay Packers Board of Directors apparently want the fan perceived perception of an unpopular Commissioner Roger Goodell around for another seven years because Roger Goodell has delivered them a favorable TV deal, a favorable collective bargaining agreement, made them money and as a lobbyist keeps getting owners new stadiums. That is what the commissioner does, a commissioner works for the owners and his main job is to maximize revenues. The fans can moan and groan about Goodell but it is not their call as to whether he is doing his job or not. The fans other problem is that the National Anthem protests is spreading with white players showing solidarity with African American players protesting the playing of the National Anthem. Sports and politics and opinions are not supposed to overlap with sports. The spirited debate in football is who would you rather have on your fantasy team or who would you rather have at quarterback? Those days are gone as football is part of life. 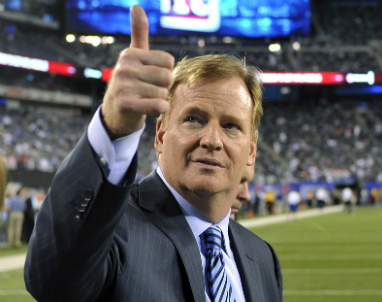 Commissioner Roger Goodell gets a thumbs up from the owners but not the fans. 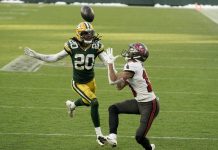