Redskins’ Matt Jones on Alfred Morris: “He taught me everything” 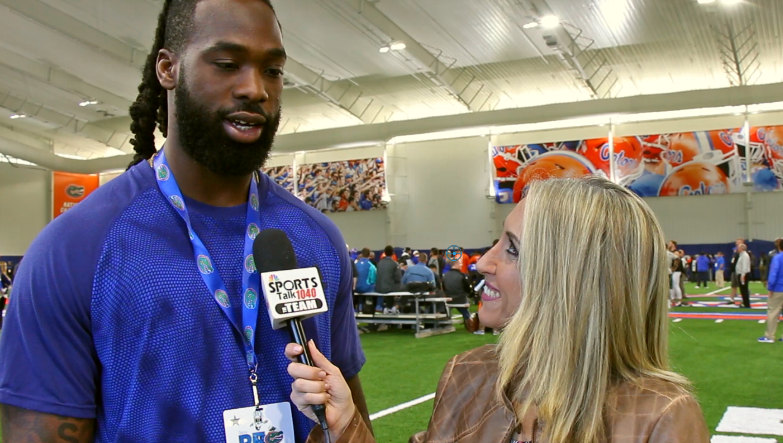 It was a whirlwind rookie season in the NFL for former Florida Gators star Matt Jones, and by the looks of things, it’s not slowing down anytime soon. The former Armwood High School standout may very well get a crack at the Redskins’ starting running back job after Alfred Morris departed for the Dallas Cowboys. Plus, there are expectations in Washington after the team reached the playoffs last season with Kirk Cousins.

We caught up with Jones at Florida’s pro day this week to talk about all that’s happened in the last year, what the adjustment has been like playing in the NFL and the league’s perception of running backs. We also talked about what Morris meant to him, the season Kirk Cousins had and the work Scot McCloughan has done in his short time as general manager.

“It was a great year for me, a great learning year, a great year just to be around the Redskins, and fit in the the offense, just to see how everything goes my first year,” Jones said. “It went very smooth for me. I had a good season. I think I could have done some things better but it was great.”

He was selected by the Redskins in the third round of last year’s NFL draft. In 13 games, he rushed for 490 yards on 144 carries, generating 794 yards of total offense and four touchdowns. Those numbers will likely go up now that Morris is a Cowboy. Morris’ contributions weren’t lost on Jones, however, who he credits most for helping him transition into the league.

As far as learning lessons, he said his biggest takeaway was the need to self-evaluate, both on the field and off.

“I learned that you have to take some time out and really put your time into the game, to be a student of the game and see how you’re running and see how everything is working outside of football. I feel like I have some little things I have to work on, like getting my pads lower, and stuff like that. It’s just little stuff that you learn that can be so big to you the next time you go out there.”