Cam Newton saw a different side to Jerry Richardson.

Carolina Panthers owner Jerry Richardson fell on his sword and in doing so, probably spared National Football League Commissioner Roger Goodell some ridicule and embarrassment by announcing he was selling his Carolina Panthers business. Don’t feel too sorry for Richardson who will leave the NFL with better parting gifts than Rice-a-Roni, Turtle Wax and Stridex. Richardson is going to get well over a billion dollars for his team which is not bad considering Richardson paid $140 million for the right to own an NFL franchise in Charlotte in 1993. The 81-year-old Richardson, who played with the Baltimore Colts in 1959 and 1960 used part of his NFL Championship team bonus money following the 1959 season to buy into a Hardee’s restaurant in Spartanburg, South Carolina. Richardson would eventually own the sixth largest fast food company in the United States.

But Richardson’s business, Flagstar, ran into a major problem in 1994, the year before Richardson’s Panthers played games. Flagstar’s Denny restaurants were accused of racial discrimination and settled class action suits for $46 million not because the company was embarrassed. Richardson didn’t want to pay his lawyers to continue battling the class action suit. He left Flagstar to run his professional team. Commissioner Paul Tagliabue and the NFL looked the other way. The Panthers owner allegedly made suggestive sexual comments to women and used a racial slur while addressing an African American Panthers scout.  Richardson paid accusers to make them go away. It has been a difficult week for the league as sexual harassment stories have hit the business. The NFL Network suspended Marshall Faulk, Heath Evans and Ike Taylor. Former NFL Network executive Eric Weinberger has been suspended from his present job. ESPN placed Donavan McNab and Eric Davis on leave all because of sexual harassment accusations. The NFL is now facing another image problem even with Richardson going away.

More damage control from the NFL. 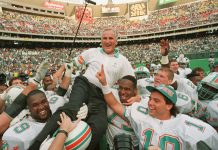 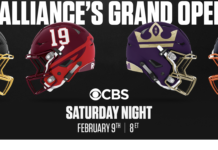