Spanos’s Chargers franchise resides in Carson for the time being.

For the first time since 1960, there is no pro football available in San Diego. The Spanos family decided San Diego was no longer a viable option for them and took the family’s business to the Los Angeles market. The team is playing in Carson for a few years then in Inglewood. Spanos’s Chargers open the season with a Monday night game in Denver. But things might have been different without the passage of Proposition 218 by California voters in 1996. The thought behind Proposition 218 was that it would be a mechanism that would put the brakes on local government spending and the need to raise taxes and fees for projects by asking the public to approve the expenditure with two-thirds instead of a simple majority vote.  The projects could include spending for new sewer lines or the construction of a library or a football stadium. On August 28th, the California State Supreme Court struck down part of the law leaving San Diego based NFL customers, fans and marketing partners wondering what if a San Diego had a stadium referendum was on the ballot this year instead of 2016.

The catch here is the Spanos family not the city had to put it on the ballot. The court ruled individuals who get questions put before voters need a simple majority to win. It is a moot point as a 2016 referendum asking San Diego residents to help fund a stadium village went down to a defeat getting just 41 percent of the vote. But San Diego could eventually want an NFL team and an owner eventually might want to look for a different city where local officials will gladly given that owner 92 percent of stadium revenues. It suddenly became a bit easier to build a San Diego football stadium. 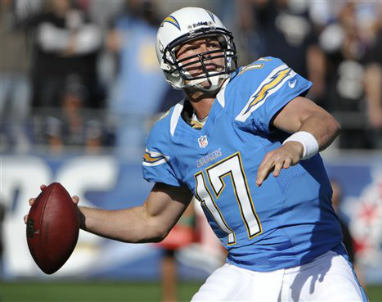 Philip Rivers is still living in San Diego while working in the LA market.