Akron, Ohio is saying goodbye to the Rubber Bowl, a facility that opened in 1940 and is falling apart rapidly. The city will begin to demolish part of the structure this week.  The stadium is a vestige of President Franklin Roosevelt’s economic programs that were destined to pull America out of the depression. The Rubber Bowl was one of the sports facilities built around the country with funding from the Works Progress or Projects Administration. The stadium served as the home of the Akron Zips college football team until 2008. The NFL’s Cleveland Rams played two home games at the Akron stadium in 1941 and 1942. The Cleveland Browns played pre-season games at the facility which also housed concerts.

But National Football League games at the stadium was not limited to just the Cleveland Rams and the Cleveland Browns.  In 1952, the NFL needed a stadium in a hurry to host a Thanksgiving game featuring the Chicago Bears and the Dallas Texans. Akron was an old NFL outpost in the league’s formative days. The Akron Pros football team was part of the league from 1920 through 1926 and hosted Thanksgiving games. The Dallas Texans ownership, which was losing a large sum of money, returned the franchise to the NFL midway through the 1952 season which meant that a Thanksgiving Day game in Dallas was not going to take place. The league owned Texans finished the season practicing in Hershey, Pennsylvania and playing a home game in Akron. The Texans franchise beat Chicago as the latter half of a high school-NFL Thanksgiving double header before a handful of people. The NFL was once just a step above semi-pro status until the 1960s often taking a back seat to lower level football.  Today Arlington, Texas holds an annual Dallas Cowboys Thanksgiving game with all the pomp and circumstances of a big event. Akron is losing a stadium. 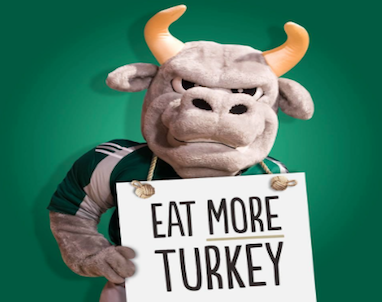 NFL Playoff Sunday: Bears have a tough task and that is to beat a hot Saints team.

The Rose Bowl Will Be Played In Texas On Friday 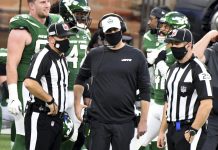 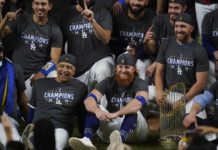