Celebrating sports championships at the White House is generally a jovial time with some jokes and pats on the back in the how great you are vein.  It is an old tradition which started with President Andrew Johnson in 1865 who welcomed baseball’s Brooklyn Atlantics and the Washington Nationals to 1600 Pennsylvania Avenue.  The New York Giants linebacker Harry Carson joyfully dumped a bucket filled with popcorn over Ronald Reagan’s head in 1987. But there are athletes who want to bring up an issue like basketball’s Craig Hodges and there are athletes like hockey goaltender Tim Thomas who did not want to visit the White House after his Boston Bruins team won the Stanley Cup in 2011 because he did not like Barack Obama. Hodges did get to meet face to face with George Bush and may have lost his job in the NBA because he spoke his mind.

Hodges didn’t have any problem telling President Bush about his grievances during a White House visit when the President honored the 1992 Chicago Bulls NBA Championship team. Hodges made it a point to explain to the President that he did not like White House’s policies concerning the poor and minorities. Not long after the visit, Hodges, who was a free agent, was out of the NBA at the age of 32. Although he could not prove it, Hodges seemed to have been blackballed by the then 27 National Basketball Association owners and never played another NBA game. Hodges did return to the NBA as a special assistant to Los Angeles Lakers in 2005. Everyone in the NBA knew in 1992 that Hodges could be a useful player but he was out of work.  Donald Trump has had problems with some sports championship teams. The 2016-17 Golden State Warriors championship team was never honored nor was this year’s Philadelphia Eagles Super Bowl team. Politics got in the way. 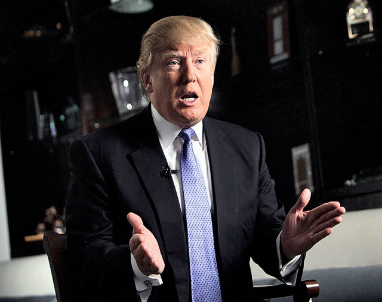 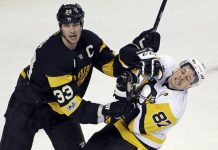 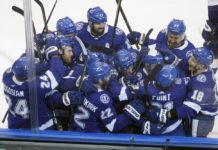 Lightning reach East finals for 4th time in 6 years. They put away Boston in double overtime.