Its a day to eat and watch football.

Thanksgiving and football go hand and hand with many high school rivals ending their seasons by playing each other and there are some college games. The Thanksgiving-NFL combination has evolved from being a marketing tool at the end of a parade in Detroit. The NFL has been playing on Thanksgiving since 1920 with the Akron Pros hosting games in the early part of the decade. A team from Detroit known as the Wolverines played a home game in 1928. In 1934, the Detroit Lions a relatively new NFL franchise owned by a radio station operator G. A. Richards hosted a game because Richards thought he could attract Detroit Thanksgiving Day parade goers and it worked until 1939 when Presidential politics changed the day of the holiday and states were not uniformly in step with Franklin Roosevelt as to when to celebrate the holiday in 1939 and 1940. Roosevelt wanted the celebration a week earlier which would extend the Christmas shopping season to help the economy. That wrecked NFL continuity.  After World War II ended in 1945, Detroit was given the game on an annual basis until 1965.

There was one exception to the Lions hold on Thanksgiving and that happened in 1952. Today Arlington, Texas holds the annual Dallas Cowboys game with and it is an event. But that wasn’t always the case. Dallas had a game scheduled in 1952 on Thanksgiving at the Cotton Bowl. The game was never played there, instead the league owned Dallas Texans finished the season practicing in Hershey, Pennsylvania and playing a home game in Akron. The Texans franchise beat the Chicago Bears as the latter half of a high school-NFL Thanksgiving double header at the Rubber Bowl before a handful of people. The NFL was once just a step above semi-pro status often taking a back seat to lower level football. 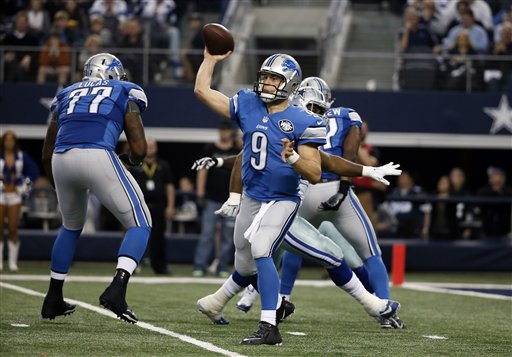 The St. Louis Bears? A New Wrinkle In The NFL Stadium Game