Jerry Jones: Hero or villain of the show?

If you get a copy of Frank Supovitz’s 2013 book, Sports Event Management and Marketing Playbook, start at the very beginning and read what Roger Goodell penned for the book. The NFL Commissioner wrote, “The NFL is the ultimate reality show.” Goodell was referring to the NFL as TV programming and he did have a point, there is real tension in the NFL as opposed to made for TV reality shows which have a disclaimer that you might not be watching a bona fide event. This week’s Thursday night game features Tennessee and Pittsburgh. In many ways, it’s just a preliminary event in the weekly NFL drama series which has Dallas Cowboys owner Jerry Jones front and center annoyed with his fellow owners for offering Goodell a new contract. So annoyed that Jones didn’t say hello to Atlanta Falcons owner Arthur Blank, who is handling the Goodell negotiations prior to the two clubs meeting on Sunday.

Jones has allegedly bothered his fellow owners so much recently, there was a story that Jones fellow owners want to take his business away from him because he violated some bylaw. That is not going to happen and if it does, there would be quite a lawsuit against the NFL. As far as Goodell, there was an ESPN report that the commissioner is seeking a new deal with a starting salary of $49.5 million annually, the lifetime use of a plane and lifetime health benefits for his family. The storyline of the Goodell-Jones confrontation would have made an excellent script for Dallas or Dynasty in the 1980s and is better than anything Mark Burnett produces including The Apprentice, Survivor, Are You Smarter Than A Fifth Grader, The Voice, and Celebrity Apprentice. The NFL is filled with plots and has plunging TV ratings. It is the best reality show on TV. 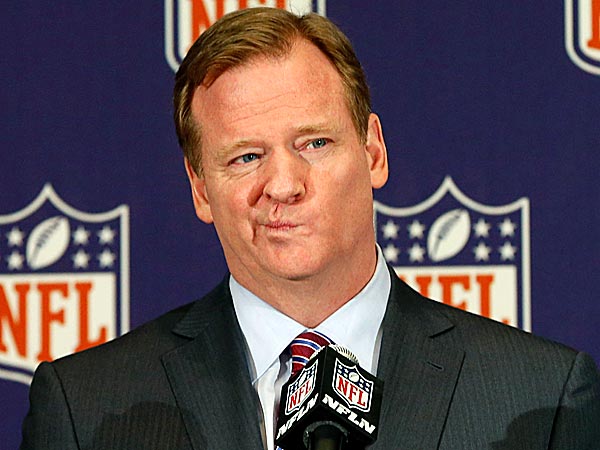 Mariota eager to live up to expectations as Falcons new QB and make them a contender in the NFC South. 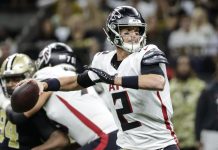 NFC South: The Falcons look to keep road success alive at Carolina. A Falcons and Jets win give the Bucs the title.

As soon as this week the Bucs could clinch the NFC South Title as they are four games up on the rest of the...