The players and staff are messing with owners’ cash.

National Football League owners, who are major captains of American industry, appear to have had enough of Tier 1 and 2 employees not getting a COVID-19 vaccine. The NFL cannot make players get the vaccine as it has to be collectively bargained with the players association but the owners can force coaches to get vaccinated and it seems at least one coach has been told to beat it because he would not get vaccinated. The NFL told the players, if there is a COVID-19 outbreak among the players on a team and a team does not have enough players to compete, that team will forfeit the game. The players now are threatening the owners bottom line as the owners anticipate people back in the stadiums to watch games and a missed game is going to cost the owners a large amount of money. The owners plan to get back some of that money from the players and staff if a game is missed. The owners are not going to play games with employees who refuse to get a vaccine.

NFL owners are influential in the business of America and there has been a shift by some public and private employers to get workers vaccinated. The NFL does not operate in a vacuum. The NFL claims that more than 78% of the players have received at least one dose of the COVID-19 vaccine. All 32 teams have at least a 50 percent vaccination rate, while 14 teams have a vaccination rate of at least 85%. Vaccinated players who test positive can return to the field if they are asymptomatic and record two negative tests 24 hours apart. A 10-day isolation is still required for players who are unvaccinated. There are going to be players who will resist taking the vaccine. Will the NFL fire those players? Stay tuned. 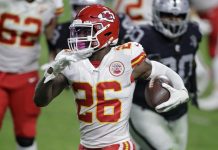 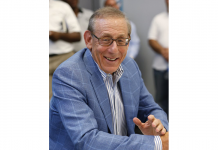