The league was against betting but embraced it.

When Arizona Cardinals customers get to see the team play its first regular season home game in Glendale on September 19th, some of those customers will be able to place mobile bets on the game from their seats. In 2022, Cardinals’ ownership will open a sportsbook inside the stadium. The NFL has finally passed the rubicon and is now an active partner in gambling operations at a stadium. The Cardinals ownership has a deal with a local casino and a sports betting operation and will be making money from legalized sports gambling. The Cardinals ownership until 2018 opposed legalized sports gambling but that was then and this is now. Cardinals’ ownership is jumping at the chance to be involved with sports gambling at three Phoenix area casinos and the Glendale stadium. Sports betting was legalized earlier this year in Arizona.

In 2009, Delaware elected officials passed legislation that would have allowed the racetrack casinos in the state to operate a full sports book which would have greatly expanded Delaware’s sports betting operation. In 1976, Delaware did offer some NFL parlay betting. The state had limited betting on NFL Sunday games for years. The NFL successfully sued to block Delaware from opening expanded sportsbooks. It was in 2011 that New Jersey voters said yes to legalized sports gambling in the state. It was in 2011 that the NFL fought New Jersey voters’ wishes and got courts to block the establishment of a sportsbook in the state. But in 2018, NFL battles with New Jersey and Delaware ended. The Supreme Court of the United States overturned the 1992 legislation that banned legalized sports gambling in 46 states, US territories and the District of Columbia. The ruling changed sports owners betting views. 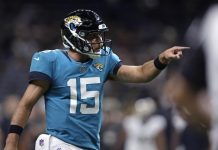 NFL Sunday: Jaguars hope to get a win against a tough Arizona team. Cards are built like Jacksonville. 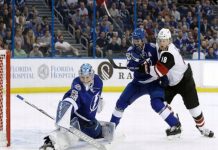