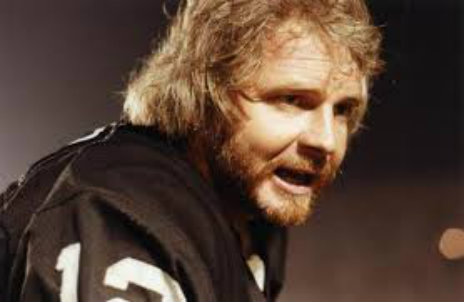 Former Oakland Raiders’and Houston Oilers’ quarterback Kenny Stabler passed away on July 9, 2015 at the age of 69. According to ESPN.com, Stabler was suffering from complications due to Stage 4 colon cancer.

Nicknamed “the Snake”, Stabler captured NFL MVP honors in 1974 and guided the Raiders to a Super Bowl championship in 1976. In addition, Stabler was also a three-time finalist for the Pro Football Hall of Fame. Beyond his statistical achievements, what will Kenny Stabler most be remembered for?

As a member of the legendary Raiders teams of the 1970’s, Stabler was a part of three of the most memorable individual plays in football history. In fact, these three plays each hold their own unique nickname and have become a part of folklore in the modern day football vernacular.

Against the Miami Dolphins in the 1974 playoffs, Stabler and the Raiders pulled off one of the most miraculous fourth quarter comebacks in NFL history. Trailing 26-21, the Raider offense possessed the ball on Miami’s eight yard-line with about 35 seconds to go in the game. As Stabler dropped back to pass, he was flushed out of the pocket and moved to his left. Miami defender Vern Den Herder got a hold of Stabler’s feet and tripped up the left handed gunslinger.

Before Stabler fell to the ground, he managed to send a fluttering pass into the end zone. To the surprise of everyone, this wobbling football wound up in the hands of backup running back Clarence Davis. Davis wrestled the ball away from three Dolphin defenders and gave Oakland a 28-26 lead that they would not relinquish. This remarkable play was later named “The Sea of Hands” catch.

In a 1977 playoff game, Stabler’s Raiders trailed the Baltimore Colts by three points with less than a minute remaining in the game. On third and long, Stabler unleashed a 42-yard bomb to Hall of Fame tight end Dave Casper. Casper’s incredible catch helped Oakland set up a game tying field goal which brought the game into overtime. Oakland eventually won 37-31 in a double overtime thriller and Casper’s historic grab was later referred to as “The Ghost to the Post”.

The NFL decided to adapt their own rule book after another historic play that Stabler was involved in. In the 1978 regular season opener, Stabler and the Raiders trailed the San Diego Chargers 20-14 with ten seconds remaining. As the Raiders’ offense operated from inside the red zone, Stabler intentionally fumbled the football forward as he was being sacked. Raiders’ teammates Pete Banaszak and Dave Casper also intentionally batted the loose ball towards the end zone.

Casper eventually recovered the live ball in the end zone as time expired. This freak play gave the Raiders a 21-20 victory and was later dubbed “The Holy Roller”. After this controversial win, the NFL revised its rules to prevent teams from intentionally fumbling to advance the ball.

According to wikipedia “if a player fumbles after the two-minute warning in a half, or on fourth down at any time during the game, only the fumbling player can recover and advance the ball. If that player’s teammate recovers the ball during those situations, it is placed back at the spot of the fumble, unless it was a recovery for a loss, in which case the ball is dead and placed at the point of recovery.”

Without question, Kenny Stabler was one of the all-time great characters in NFL history. His gritty competitiveness on the field and his wild life off the field epitomized what the Oakland Raiders of the 1970’s were all about. In addition, Stabler’s uncanny knack for finding a way to come up clutch in dire situations will not soon be forgotten.