What exactly is the Patriot Way?

National Football League owners are meeting this week and it figures to be a run of the mill session as the 31 owners and the Green Bay Packers Board of Directors continue to figure out how to make money. The league has straightened out its Oakland 2019 problem, there are a couple years left on the collective bargaining agreement and everyone will congratulate New England’s Robert Kraft for winning the Super Bowl. There might be a question here or there that Kraft probably won’t answer about being picked up by police in Jupiter, Florida for soliciting a prostitute or whether Kraft wants to see the accusatory police video released. Until the case is finished, the NFL Commissioner Roger Goodell cannot disciple the 77-year-old Kraft.  But Kraft’s alleged crime puts yet another dent in the NFL shield.

The Patriot Way has also taken a hit. The Patriot Way though is allegedly the gold standard of doing business in the NFL. Tom Brady and his head coach Bill Belichick have Six Super Bowl trophies. But Kraft has led an organization that pretty much has gotten a free pass because winning is a great deodorant. In 1996, Kraft’s coach Bill Parcells took Christian Peter in draft despite Peter’s history of physically abusing women in college. Kraft’s wife Myra would not allow Parcells to sign Peter. In 1998, Kraft played Connecticut against Massachusetts in the stadium game and pulled out of a deal to build a stadium in Hartford two days before he would have paid a penalty to kill the agreement. Kraft cited environmental concerns. He got a better deal in Massachusetts. Kraft hired Belichick soon after Belichick accepted and quit the New York Jets head coaching job. At number of Kraft’s employees, including Aaron Hernandez have been in trouble with the law. There was Belichick’s taping of opposing teams during walk throughs. Brady and deflated footballs. That’s the Patriot Way. 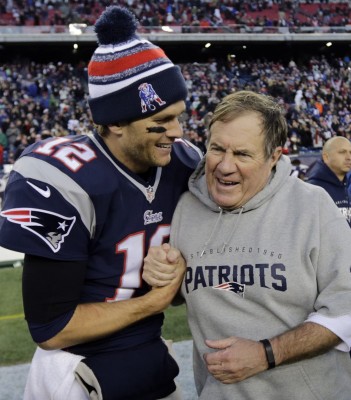 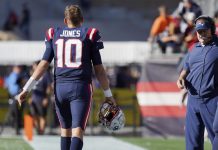 NFL Analysis: Patriots’ downfall after Brady lasted one season. A Buccaneers win over the Bills could help the Pats win the AFC East. 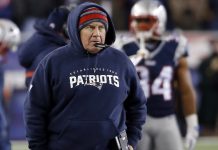 Brady talks about Bill Belichick coming to the Bucs lockeroom after the game to say hi.