The Tampa Bay Bucs have come a long way from many pre-season projections with Ryan Fitzpatrick now at the helm. But will the Bucs be able to keep that “Fitz Magic” rolling when they collide with the revamped “Monsters of the Midway” this Sunday? If you ask the odds makers in Vegas Da Bears hold a slight edge as they are hosting their former division rivals back in the NFC Central days. So how could a team that has finished last in their division the past 4 seasons be favored…just take a quick look at their defense and the answer is obvious.

Khalil Mack, who was brought in just before the season started has almost single-handedly propelled the Bears defense from top ten to one of the best in the league. So far this season Chicago’s defense is number one in sacks with 14 on the year. That’s on top of a league leading 7 forced fumbles and two defensive touchdowns which could easily have been a 3rd pick six if not for a penalty last week. Mack has a certain swagger to him that helps raise the play of the players around him. With so many double and triple teams, other players like Akiem Hicks and Danny Trevathan can do some damage as well for the Bears That’s not to mention rookie Roquan Smith who won the “Butkus Award” as the nation’s top collegiate linebacker and second years stud Eddie Jackson, who has been called the “quarterback of the defense” by many of his teammates.

On the offensive side of the ball Chicago is still working out the kinks with former #2 overall draft pick Mitch Trubisky. In year two Trubisky is still learning a brand new offense as well as attempting to mesh with many new weapons. This season Trubisky is throwing to Allen Robinson and Trey Burton instead of last season’s leading receiver Kendall Wright. The Bears also feature a very talented backfield in former Pro Bowler Jordan Howard along with the shifty Tarik Cohen. Sprinkle in rookie wideout Anthony Miller and speedster Taylor Gabriel, and you would not recognize this dynamic wide receiving corps from last season. If Miller can’t go on Sunday, this may even open the door for former 1st round pick Kevin White who was billed as just as good if not better than Amari Cooper when he was coming out of West Virginia. White has played in less than ten NFL games due to injury since being drafted 7th overall in 2015.

For the Bucs to have any chance of winning on Sunday, they will need to put pressure on Trubisky and not let Jordan Howard get going on the ground. They will also need to stop the slot receiver as their previous opponents have found a soft spot in the Bucs defense. If they can do this, it will still be an uphill battle, but “Fitz Magic” just may be able to pull off the road victory in Chicago. 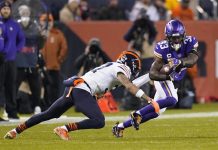 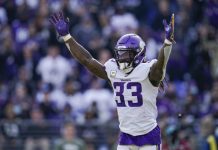 Tom Brady’s latest milestone is another untouchable one