TAMPA, Fla. (AP) — Jameis Winston and the Tampa Bay Buccaneers are back to work following a six-day, Hurricane Irma-imposed layoff that delayed the start to their season.

“Obviously, it’s great to get back to thinking a little bit about football,” coach Dirk Koetter said Wednesday after the team’s first full practice since last week, when the NFL postponed last Sunday’s season opener at Miami because of the storm.

“We know that a lot of people got it worse than we did, and we were very fortunate here to have as little misfortune in this area as we did in some other parts of the state and the region,” Koetter said. “We’re thinking about those people. We are thinking about those still hurting (and) still inconvenienced. But at the same time, it’s good to get back to football.”

With the scheduled opener against the Dolphins pushed back to Nov. 19, players scattered across the country for their bye week after a workout last Wednesday.

Buccaneers returned, some after long car trips that began the previous day, late Tuesday for a walk-through practice at One Buccaneer Place.

“This early in the season we have never taken this many days off. I didn’t have a great feel for what it was going to look like out there today,” Koetter said.

Preparation for Sunday’s home game against Chicago began in earnest Wednesday with just the third full practice the Buccaneers have had since the end of the preseason on Aug. 31.

Considering none of the starters played in the final preseason game and eight regulars were also held out of the third preseason game, some players will seeing their first game action in a month when they face the Bears. 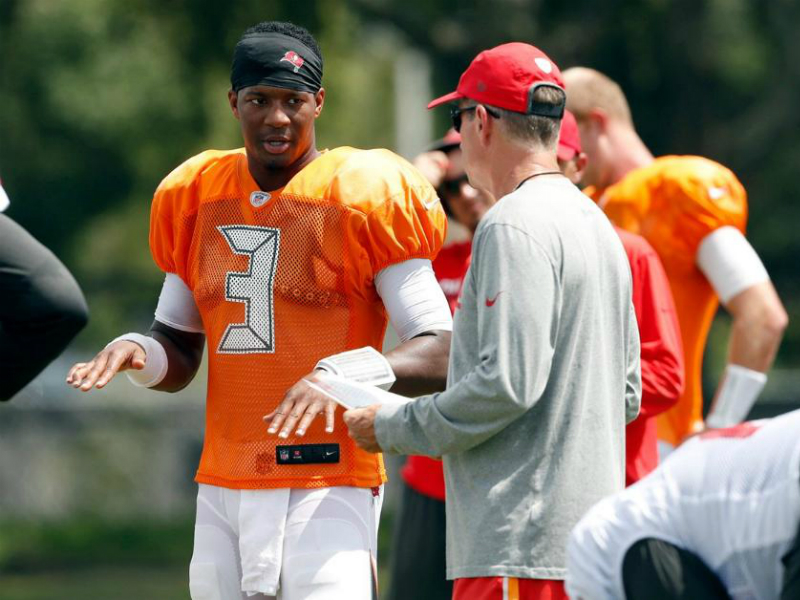 With Tampa International Airport closed Monday after the storm hit the Sunshine State, some Buccaneers had to scramble to find flights that got them back to Florida in time for Tuesday’s walk-through.

Offensive tackle Demar Dotson said it took him about 16 hours to make a return trip from Louisiana by car. Defensive tackle Gerald McCoy drove around for an hour to find an open gas station, then spent two more hours in line to go half a mile to fill up the tank.

Traffic on “I-10 was crazy, then you got on I-75 and it was even crazier,” Dotson said, adding that nevertheless, players can’t use Hurricane Irma as an excuse for not being ready this weekend against Chicago.