The script was written on Sunday. The young Buccaneers had put up a good fight, but in the end, were on the verge of succumbing to their own key mistakes in a close loss to a more experienced team that was supposed to win on paper.

Then… something funny happened.

Trailing 21-14 with 2:18 to play, Aqib Talib, who was burned by Terrell Owens for a 41-yard touchdown in the first half, snared a pass intended for Owens on 3rd and 13 near midfield. The interception gave Josh Freeman a reasonable chance of moving the ball for a game-tying score from midfield rather than driving the length of the field in less than 2 minutes.

From there, Freeman, who earlier lobbed a tater into double coverage in the red zone that was intercepted, moved the offense back into the red zone on the strength of his arm and his feet. After hooking up with Mike Williams for a 15-yard gain to enter the Bengals’ red zone, Freeman found him again on the following play on a beautiful go route into the right corner of the end zone. Williams, who earlier had fumbled on the Cincinnati 4-yard line that killed yet another scoring drive, leapt high and beat CB Johnathan Joseph for the football.

On the ensuing play, with 14 seconds remaining and no timeouts to work with, Freeman lobbed a ball down the right sideline that Micheal Spurlock pulled in with nothing more than his fingertips and his tiptoes. It was a beautiful catch that stood up under review and moved the ball from long-shot range to chip-shot range for Connor Barth, who split the uprights from 31 yards out with one second remaining. Spurlock’s fumble on a kickoff return that led to the go-ahead score for Cincinnati in the 4th quarter? Long forgotten.

Indeed, it was a day of timely atonement for a slew of individual Buccaneers whose mistakes had seemed to put the writing on the wall for a sour outcome. Rather, those players took that writing and flipped the script for a rousing 24-21 victory that leaves the team at 3-1 and in 2nd place in the NFC South, ahead of the Super Bowl champion Saints who visit Raymond James Stadium on Sunday afternoon.

Although the Saints might have an established big-armed QB and a proven, explosive passing attack, the Bucs are starting to show the league they have a strong-armed passer with a quickly-maturing head on his shoulders and a group of young and improving targets to work with. To be certain, it was another impressive performance in a clutch situation from QB Josh Freeman. With less than one season of experience as a starting QB under his belt, Freeman now has five 4th quarter/overtime drives to take the lead over the past 2 seasons. He also showed the toughness of playing through pain after taking a hard shot in the first quarter and missing a couple of plays.

It was also a day where the defense made up for a less than ideal game statistically by snaring three interceptions. Cincinnati, who ranked 23rd in the league in rushing yards per game entering the contest, gashed the Buccaneers for 149 yards on 28 carries, better than 5 yards per carry. Cedric Benson proved to be a difficult man to contain for most of the day, running for 144 yards on only 23 carries. However, for as much as the Buccaneers allowed, they cut off an equal number of drives with game-changing plays. Cody Grimm’s pick-six tied the game at 7, while the Talib and Piscitelli interceptions gave the Buccaneer offense a shot late in the game.

– The win marked the Buccaneers’ 6th consecutive victory over the Cincinnati Bengals.

– The running back-by-committee breakdown still went in favor of starter Cadillac Williams, who carried the ball 11 times for 33 yards. Earnest Graham carried 3 times for 65 yards and a touchdown, LeGarrette Blount had 4 carries for 3 yards, and Kareem Huggins had one carry for 4 yards.

– Earnest Graham’s 61-yard scamper was the longest run by a Buccaneer since Graham rumbled 68 yards for a touchdown against the Atlanta Falcons on September 14, 2008.

– Safety Sean Jones left with a back injury and Jeff Faine left with an injured quadriceps. Neither player returned to the game, and their status for Week 6 has not been declared.

– This was the first game of the season for the Bengals in which QB Carson Palmer (209 passing yards) was outgained by his counterpart (Josh Freeman – 280 yards passing). 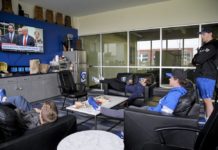 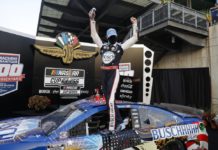